Class of 2020 Urged to Embrace Flexibility During Commencement 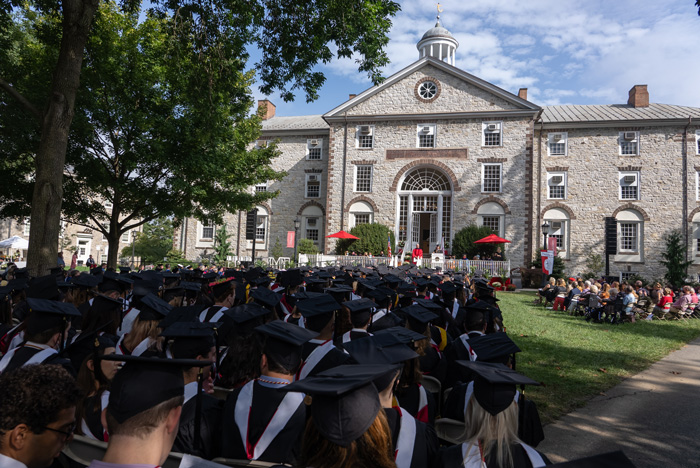 The class of 2020 returns for in-person Commencement.

Dickinson College celebrated members of the class of 2020 with an in-person Commencement ceremony, Saturday, Sept. 18. Originally scheduled for May 2020, the event was delayed due to COVID-19 and held during Homecoming & Family Weekend with a host of other events to help graduates and their families celebrate this milestone.

“Over the last 18 months, we’ve all felt heartache, anxiety, fear, loss, outrage and a deep sense of destabilization,” said Lisa Sherman ’79, president & CEO of the Ad Council, who delivered the Commencement address and received an honorary Doctor of Public Service degree. “Today, the world is significantly different than it was when you first walked through those Old West doors. So what do we do about it? Resisting change is a fool’s errand. But responding to change, readying ourselves for change, creating change? That is the most valuable skill you can learn.” 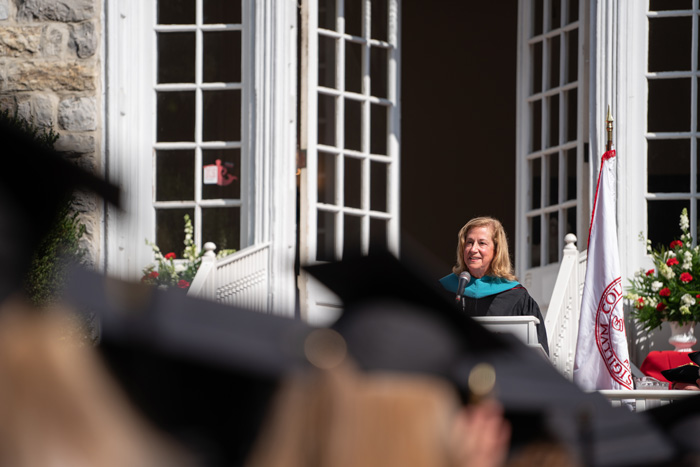 Sherman then reminded the graduates that the travails of the last year and a half have also presented them with the opportunity to enhance their adaptability—a key skill for the present as well as the future. “Class of 2020, I hope you’ll remember this: After an earthquake, the buildings that still stand don’t make it because they stand still,” she said. “They’re not stronger than the shifting earth beneath them. They survive because they’re built to sway. They’re flexible enough to absorb the shocks. So are you.”

Associate Professor of Political Science Toby Reiner earned the Constance and Rose Ganoe Memorial Award for Inspirational Teaching. Presented each year, the honor is determined by a secret-ballot vote conducted by members of the graduating class. 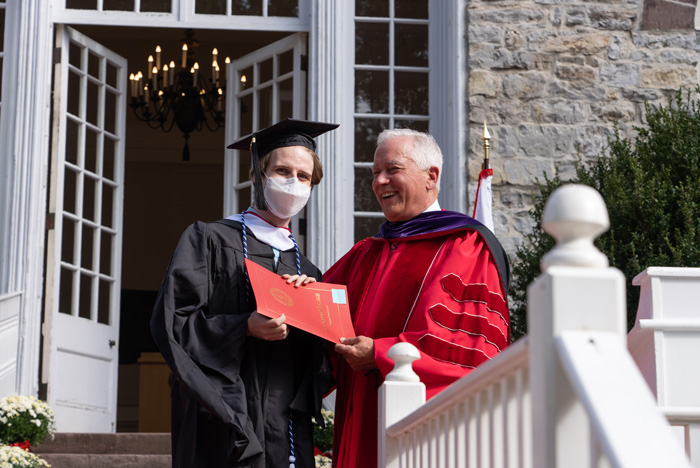 Joshua Lesser ’20 received the James Fowler Rusling Prize, which recognizes excellent scholarly achievement. Sara Duane '20 earned the John Patton Memorial Prize for High Scholastic Standing. The Hufstader Senior Prizes, which are awarded annually to two graduating seniors who, in the judgment of the college president and their peers, have made the greatest contributions to the good of the college, were awarded to Kevin Ssonko '20 and Ken Bamba '20. 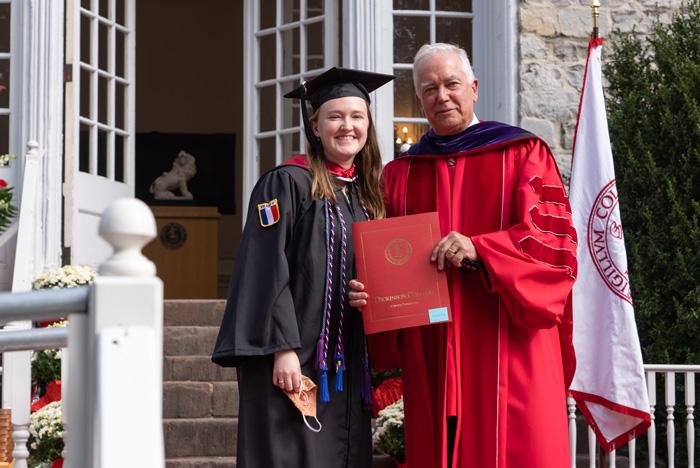 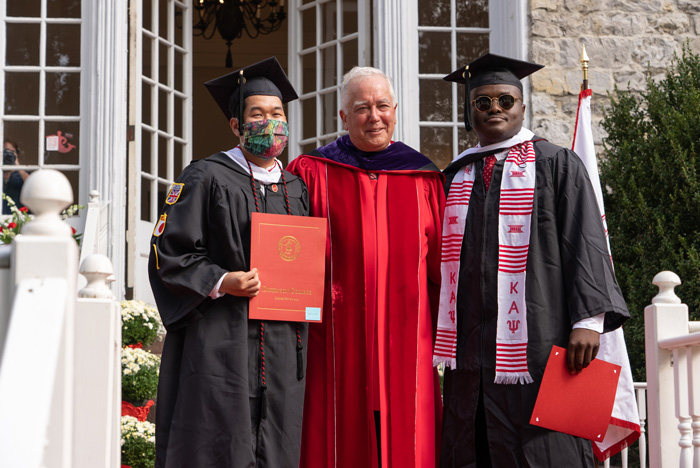 The Hufstader Senior Prizes were awarded to Ken Bamba '20 and Kevin Ssonko '20.

Ian Genao ’20 was named the class's Young Alumni Trustee. During each Commencement since 2011, Dickinson’s Board of Trustees has chosen a Young Alumni Trustee from among nominated seniors to represent young alumni on the board and serve a two-year term. 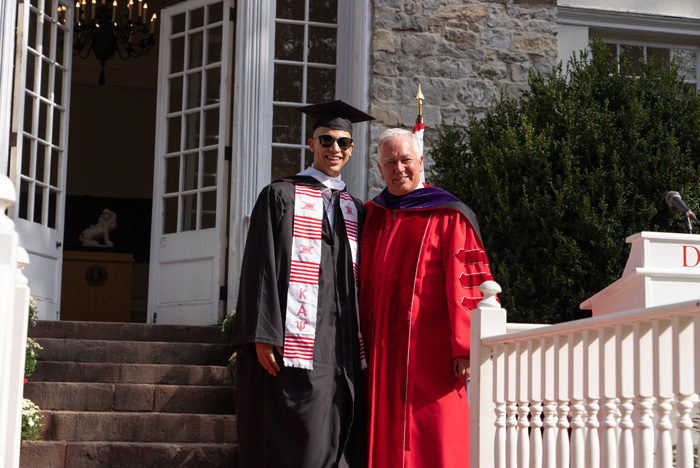 In addition to awarding Sherman a Doctor of Public Service honorary degree, Dickinson awarded Michael B. Moore, vice president and diversity and inclusion officer at Blackbaud and founding CEO of the International African American Museum, received an honorary degree of Doctor of Public History. The 2020 Sam Rose ’58 and Julie Walters Prize at Dickinson College for Global Environmental Activism was also officially awarded to Armond Cohen, founder and executive director of the Clean Air Task Force.

The Commencement ceremonies ended with the tradition of the graduates walking down Old West’s "old stone steps." It may have been delayed, but the moment symbolically completed the journey they began by walking up those steps to sign in to the college as first-year students.

“You and your families have endured a lot over the last year and a half, but you’re finally here, and we couldn’t be more excited to celebrate you,” said interim President John E. Jones III '77, P'11, who was attending his first Commencement as president of the college. “As a collective group, you have accomplished a lot here at Dickinson in the classrooms, on the playing fields and on the courts, through your amazing artistic and musical performances, and in our local Carlisle community. You are each now already making your way beyond Dickinson, where I know you will work to improve your own communities. It was thrilling to talk to many of you last night and find out what you’re up to and what you’re doing. You’re already becoming leaders in the world, and that’s as it should be.”