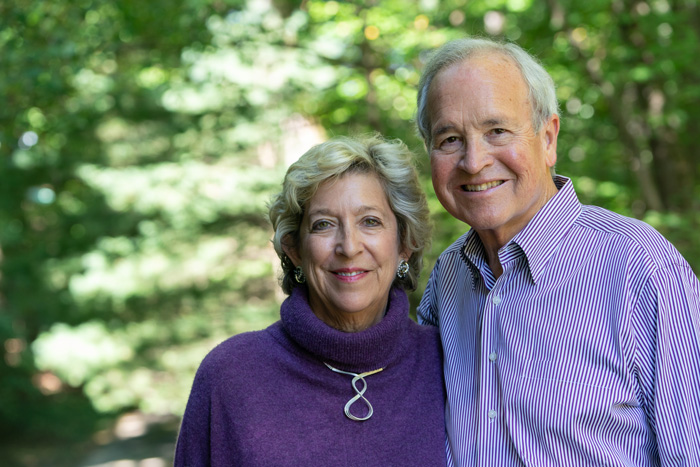 Dickinson College has announced the creation of The Reynolds Leadership Scholar Program, which offers life-changing opportunities to high-achieving Maryland students. Supported by Maryland businesswoman, philanthropist and Dickinson alumna Jennifer Ward Reynolds '77 and her husband, George, the four-year, $160,000 scholarship will be awarded annually to several students who reside in or attend school in Maryland.

“This scholarship will help Maryland-based future leaders gain unparalleled opportunities to excel, starting with a world-class Dickinson education,” said Reynolds, who is a partner and director of the commercial real estate firm Ward Properties, based in Harford County. “Maryland has given so much to my family, and this is a chance to give back by lifting future leaders from the state I love to new heights.”

Scholars in the program will receive $40,000 per year toward their Dickinson tuition over eight semesters of full-time study, including off-campus study in prestigious Dickinson or partner programs. Recipients must live in or attend school in Maryland, where they will be top performers in challenging high-school curricula and who have the potential to be leaders at Dickinson, in their communities and around the world. A separate application is required to be considered for the program, including a 300-word personal reflection on leadership.

“We are so excited to welcome Maryland’s most promising young scholars and leaders to Dickinson,” said Catherine McDonald Davenport, vice president for enrollment and dean of admissions. “Jennifer and George’s generosity and forward thinking will allow a new generation of Marylanders to benefit from Dickinson’s distinctive approach to learning, leadership and career development.”

In addition to the scholarship funds, Reynolds Scholars will also have unprecedented access to insightful leaders who will offer mentorship and career development opportunities.

Currently a partner and director of the commercial real estate firm Ward Properties, Reynolds has spent more than 30 years in the asset management business, most recently as vice chair and chief investment officer of Legg Mason Trust. She chaired Dickinson’s Board of Trustees from 2008-2017 and is also chair emerita and current board member of the National Aquarium in Baltimore, where she serves as chair of the philanthropy and nominating committees. She is also a board member of Stevenson University and a member of the President’s Advisory Council of Notre Dame of Maryland University. She has twice been named one of Maryland’s Top 100 Women by The Daily Record and is a past recipient of the Distinguished Women’s Award from the Girl Scouts of Greater Maryland. Reynolds and her husband George have been involved in a number of organizations in the Old Line State, including the Irvine Nature Center, where George serves as a board member, the Walters Art Museum and the Baltimore School for the Arts. Reynolds received her undergraduate degree from Dickinson, her master’s degree in finance from Loyola University Maryland and is a Chartered Financial Analyst (CFA). She resides in Phoenix, Maryland.