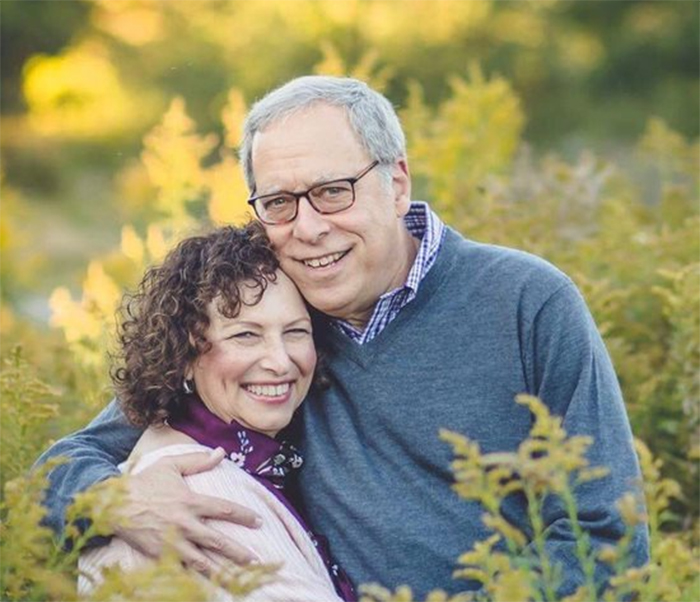 Tell us about your Dickinson experience.

I had a rich and varied experience during my time at Dickinson (1969-73). I entered college with the expectation of becoming a lawyer, and I double majored in history and political science. Apart from my strong interest in those subjects, I had been told they were excellent preparation for law school. I was also involved in a range of outside activities, including a fraternity (Phi Epsilon Pi/Zeta Beta Tau), Hillel and intramural sports. In 1972, I co-chaired a mock political convention, and during my senior year I was involved in helping to plan programming for Dickinson’s 200th anniversary celebration. Those four years flew by.

As a result of my Dickinson education, I was able to pursue my legal education at the University of Michigan Law School.

I can honestly say that very little of the specific subject matter I studied at Dickinson has helped me directly, and yet everything I learned there has been valuable to me in incalculable ways. My Dickinson education taught me the indispensable skills of rigorous critical thinking and clear writing, but more than anything, it fired an intellectual curiosity about numerous subjects, including many I never studied in college (in some cases, because they didn’t exist at the time). That has turned me into a lifelong learner and has given me a love of intellectual pursuits.

It’s hard to single out one, but my favorite memories include close relationships with professors who were both academic and personal mentors, the friendships I formed in my fraternity and simply how enjoyable it was to study, work and live at a place that always summed up for me how a great college experience was supposed to feel.

For 41 years I practiced law with the Harrisburg firm of McNees Wallace & Nurick LLC, where my practice focused on litigation. In addition, I served as firm counsel for the nine years preceding my retirement in 2017.

What do you like to do outside of work?

I’ve been active as a volunteer in the Harrisburg community for a long time, and I continue to volunteer in organizations in which I’ve held leadership roles over the years, including the Jewish Federation of Greater Harrisburg, the Dauphin County Library System and Beth El Temple. I’ve also been involved as a volunteer in several recent political campaigns. Since 2005, I’ve written many book reviews and essays as a freelancer for a variety of publications, and that still keeps me quite busy. Linda and I have four active grandsons, ages 14, 11, 7 and 4, living in Baltimore and Philadelphia. We enjoy spending time with them and traveling.

What inspired you to establish a Dickinson scholarship?

Although the cost of a college education when I attended was less, in relative terms, than it is today, I definitely needed financial assistance in order to attend Dickinson. I received that aid in the form of grants, loans and participation in what was then called the work-study program. (My freshman year, I worked in the Holland Union dining hall, busing trays and washing dishes. For the remaining three years, I worked as a research assistant for Professor Henry Young of the history department, and then for the department as a whole.)

Linda and I are grateful that we have the resources to meaningfully support organizations that are important to us. In the case of Dickinson, we’re hoping the funds generated by our scholarship can help lessen the financial burden of borrowing for some students and make it possible for them to enjoy a Dickinson education in the same way I did, thanks to the generosity of people who came before me.

Think of your four years at Dickinson as an intellectual feast unlike any you’re ever likely to experience again. Stay hungry, and greedily consume as much of it as you can. For the rest of your life, you will be grateful you did.