Advocating for Those in Need 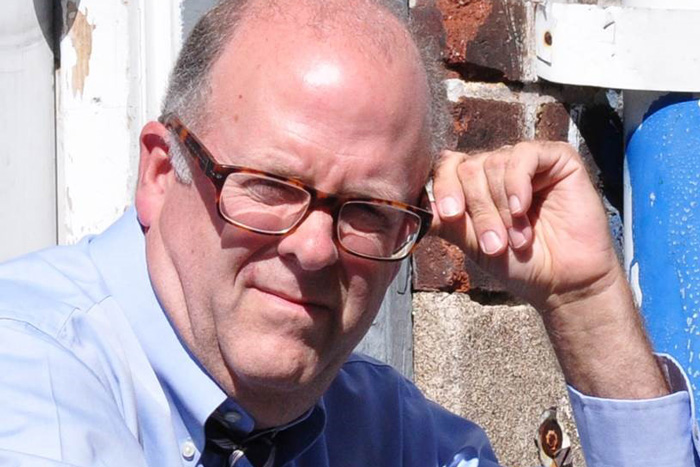 Alan Jennings ’80, former political science major, set out to “save the world” after graduation. He found his niche as the executive director of the Community Action Committee of The Lehigh Valley, Inc. In that role, he advocates for low-income people, improving their quality of life while building a community where everyone has access to economic opportunity.

There are two kinds of roles in the labor force: One is the inventor/entrepreneur/product developer; the rest of us are in sales. In sales, having the ability to hold a conversation on any and every subject is a valuable trait. That’s what a liberal-arts degree can do. I come from modest means: I was supposedly middle class, but my father’s drinking problem caught up to him, and he died early when I was 15. I went to Dickinson with lots of financial aid. Dickinson was a culture shock—lots of money on that campus. The experience sharpened my class consciousness.

I chaired what we then called the Social Committee. I inherited the position from my RA. The Social Committee was responsible for concerts on campus. Usually students ascended to this coveted position in their senior year; I got it in my sophomore year. Boy, did I have fun, some of which I would have to plead the Fifth Amendment and not discuss the details. I did four shows a year, including doing the Ramones in my junior year. The other bands are probably too classic for today’s student body, but they included Robert Palmer, Warren Zevon, David Bromberg, Pure Prairie League, Steve Forbert, Renaissance and Dave Mason.

Culturally, the most important thing I did at Dickinson was study abroad during the summer before my senior year. The best way I can describe its impact is to say that every student I’ve come in contact with—and every parent of a college student—I have told that they should not graduate graduate from college without a study abroad experience. It was transformational.

How many stories am I allowed? Well, wait a minute, some I probably shouldn’t write about in a family publication. This one’s safe: While in England, the Who was getting back together after drummer Keith Moon died from having too much fun. The Who eventually brought former Faces drummer Kenny Jones in to replace Moon. Their debut return to the stage took place at Wembley Stadium. Unfortunately, the show was to take place just a day or two after I left for home. However, Who front man and creative genius Pete Townsend, did a benefit show for a group called Rock Against Racism in a little theatre. I don’t think 300 people were there. Townsend played with the band excluding lead singer Roger Daltrey. I don’t think I stood more than twelve feet from Townsend.

The craziest was when I got enough tickets to fill two school buses to travel to Lafayette College to see the Grateful Dead. I’m pretty sure the rest of the story would be redacted, so never mind!

I read Dickinson Magazine—I wish more of my friends and fraternity brothers came back for Homecoming and reunions—and most significantly, I keep in regular contact with one of my favorite people, the chair of the Alumni Council, former state representative, current judge of the court of common pleas and Dickinson Trustee, Al Masland ’79. I also started contributing in the last year or so.

There was never any question in my mind that I was going to try to save the world. Seriously. So, I graduated from Dickinson in 1980. The economy was on the brink of entering a nasty recession. I held out on taking a job in the for-profit world until something came along that would be meaningful. In December, I finally found something in a little, minimally consequential anti-poverty agency. The short story is that when I started there the budget was about $500,000 per year. This year’s budget is $30 million. We have tackled a wide range of issues either as advocates or service providers. We have gotten widespread recognition, garnering awards from all kinds of organizations at the local, state and national level. We have been in the news in the Wall Street Journal, CNN, the Chicago Tribune, Al Jazeera, Die Zeit (a German business newsweekly) and other media in places like France, Switzerland and Japan.

Writing a book on how to raise hell was fun; it’s even more fun actually raising hell.

Meeting with Federal Reserve Chairman Alan Greenspan twice to try to get him to stop the predatory lending that brought the international economy to its knees was pretty cool. Having a seat at Barack Obama’s inauguration was cool too. So was watching the births of my three daughters.