Dickinson Votes Gets Out the Vote 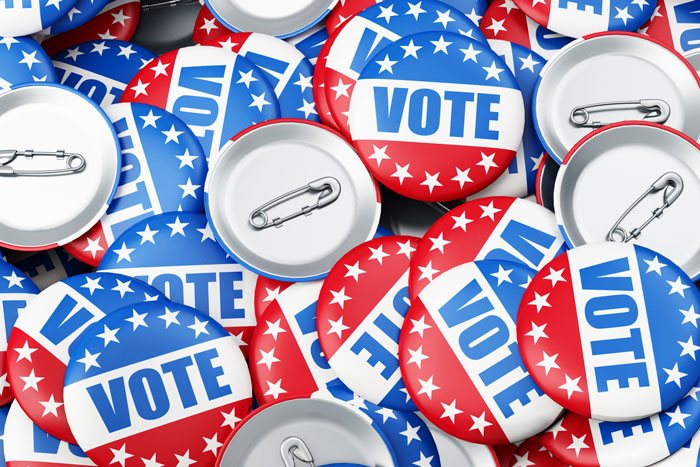 Every four years, the American citizenry gears up to vote for president and other offices, and a week later reports come out about how few people actually went out to the polls on election day. Clearly, it’s an uphill battle to get voters to the ballot box. And with the world more than a little upside down in 2020, the push to get people to vote this election season is a little more complicated than usual.

But at Dickinson, that voting push comes in the form of Dickinson Votes, a program under the umbrella of the Center for Civic Learning & Action (CCLA), and a semester of online learning hasn’t slowed it down much.

“We’ve been working with CCLA to use social media to encourage students to make sure they are registered and also to make sure they request a mail-in ballot or absentee ballot,” says Tyler Catania '21 (political science, international studies), who’s spearheading the effort. “The students’ roles are now to really make sure they are getting their friends and family to register to vote and have a plan for voting as well.”

To keep voters informed, Dickinson Votes has been promoting events hosted by the political science and history departments focusing on the presidential campaign and the history of voting and voter suppression. And while previous years found members staffing a table on Britton Plaza to field questions and help students register to vote, this year virtual office hours have been set up for students who might have questions about voting. A nonpartisan group, Dickinson Votes works with both college Republicans and Democrats to encourage their members to volunteer in the effort.

And while obstacles remain, those working on the initiative know that the effort is worth it.

“Some people are skeptical and will say their votes don’t matter, which is untrue,” says Catania, who points out that voting especially matters in local and state elections. “I want to do this work because Americans pride themselves on our freedoms that we have, but we have the lowest voter turnout rates in elections. I want to help encourage people to get out and vote and increase voter turnout, even if it’s in a small town like Carlisle.”

For more information on Dickinson Votes, visit the initiative’s webpage, where you’ll find ways to get involved, how to register to vote, how to request a mail-in ballet and much more.