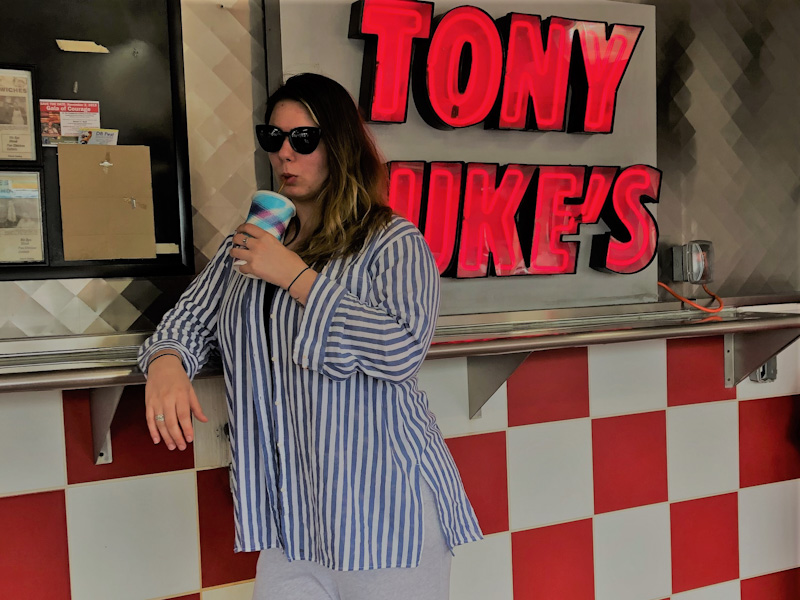 Julia Chandler ’22 came to Dickinson for the world-languages program and stayed because of the close-knit community of like-minded students and faculty she discovered on campus. She majors in English and medieval & early modern studies, with a minor in Spanish, and is involved as a peer mentor, Sports Club Council member and club basketball player. Recently, she received news that she was accepted into the highly competitive Mansfield Visiting Student Program at Oxford University, along with five fellow Dickinsonians.

English and medieval & early modern studies (MEMS), with a minor in Spanish.

The Count of Monte Cristo by Alexandre Dumas.

Building relationships with faculty and other students in my majors. I've met a community of people who really enjoy the same things I do. We get to nerd out together!

I planned on majoring in a language, but the first class I took as a first-year was an English class, where we studied Homer and other epics. I fell in love with words and what they can do, and the rest was history. MEMS was a later addition: I’ve always loved the Renaissance and the 16th century, so having a major dedicated to obsessing over a time period I adore was only natural.

The languages! I was so impressed with how many foreign languages Dickinson has to offer. The study abroad programs drew me in as well.

I can’t choose! I’ve had fantastic experiences with many professors across different fields at Dickinson. Because I have to narrow it down, I would say either Associate Professor of Political Science Toby Reiner or Professor of English Wendy Moffat. Professor Reiner was my first-year advisor, and I’ve taken a few classes with him. He’s been a wonderful teacher and guide to me, and I am a better student because of him. I attended Professor Moffat’s Jane Austen class last semester, and her teaching was just magnetic; you couldn’t turn away! Also, I think she has really helped me in developing my writing skills as a critic and a researcher.

I love to knit in my free time.

Being accepted into the Dickinson Oxford program. It’s a life dream come true!

To go for it. Even if you think that you’re not properly qualified or don’t have enough experience for something, go for it. If you don’t get it, you’ll learn something along the way. If you do get it, great; maybe you had it in you and you didn’t even know it.

Eventually, I hope to move into the field of academia and teach at the college level.