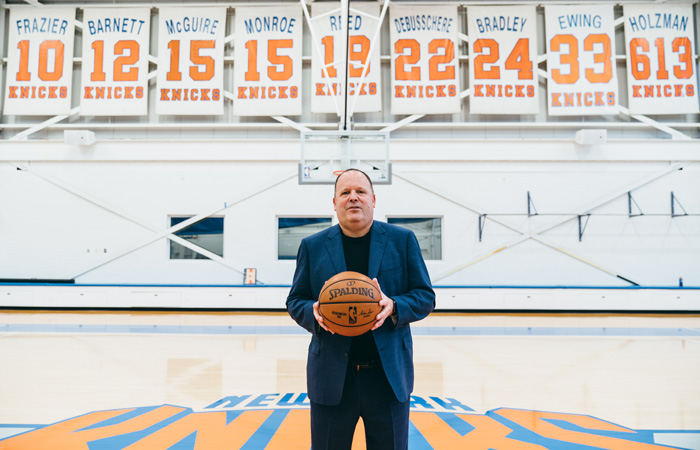 Leon Rose ’83 is the new president of the New York Knicks.

After years as a top agent with CAA, Rose narrows his basketball focus

The New York Knicks have officially named former player agent Leon Rose ’83 (political science) as their new president, saying he will "oversee all basketball operations and personnel for the team."

Rose comes to the Knicks from CAA, one of the premier talent agencies in the world. There, Rose was the co-head of the agency’s basketball division and was one of the sports most notable agents for decades, representing such basketball luminaries as Joel Embiid, Chris Paul, Karl-Anthony Towns and Carmelo Anthony. Previously in his career, Rose represented the likes of LeBron James and Allen Iverson.

In the team statement, Knicks owner James Dolan said of Rose, “Leon is one of the most respected executives in professional basketball, with decades of experience successfully working with NBA players and team management in all facets of the game. We are confident he brings the right combination of expertise and relationships to ensure the long-term success of our franchise."

In the midst of the team’s seventh straight losing season, the Knicks now look to Rose and his wealth of basketball knowledge to begin the franchise turnaround. Upon being named president, Rose penned a letter to Knicks fans, which can be read here in its entirety.