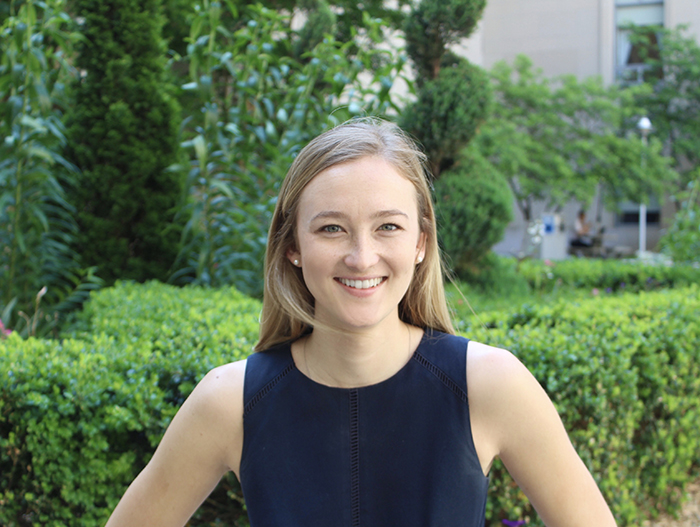 It’s the day after the 2020 Iowa Democratic Caucus app glitch, and Tess Whittlesey ’14 has been on the phone all morning. No one knows yet which candidate will come out on top, and in a week already teeming with history-making news, reporters are scrambling for the scoop. It's a supercharged moment in a supercharged election cycle. And Whittlesey’s got an insider’s view of the action, even from two states away.

As of this writing, Whittlesey is deputy national press secretary for Democrat Pete Buttigieg’s U.S. presidential campaign. Working the phones from his headquarters in South Bend, Indiana, she’s shaping a narrative about why a small-town mayor with a hard-to-pronounce name has so far outperformed several iconic Democratic leaders—including a vice president—and appears neck-and-neck with a globally famous senator. “It’s been an exciting couple of days—an exciting year, really,” she says.

Whittlesey was a political science major at Dickinson who interned for the Loyola Law School Project for the Innocent, the Cumberland County Courthouse (under Judge Edward Guido ’71, adjunct faculty in policy studies) and the Peacekeeping and Stability Operations Institute. Fresh from graduation, she interned in the office of her home district member, Adam Schiff. A press internship with Democratic Leader Nancy Pelosi followed, during which Whittlesey saw “little bits of history being made” in weekly press conferences.

She worked as deputy press secretary in Schiff’s office for nearly two years, and vividly recalls learning about the hacked Democratic National Convention (DNC) email server in real time while staffing Congressman Schiff, the top Democrat on the House Intelligence Committee, at the DNC in Philadelphia. After the 2016 presidential election, Whittlesey served as communications director and campaign press secretary for Salud Carbajal, an immigrant and Marine Corps veteran whom she helped earn a Congressional seat in California. She joined the Pete for America campaign on the ground floor last May. 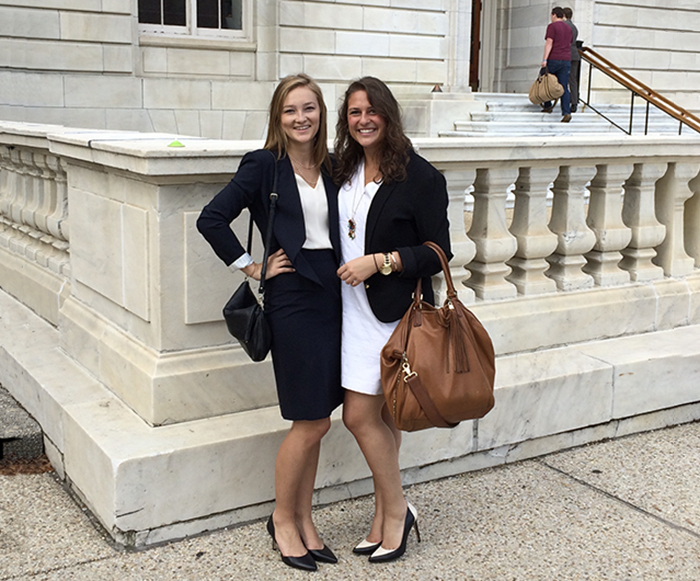 Speaking in early February, at the height of Buttigieg's national campaign, Whittlesey sandwiches this interview between calls with the national press.

Asked what she does day to day, she explains that she prepares Buttigieg’s morning news briefings, served up with her takes on the news. There’s a lot of writing. She also communicates with the media daily, providing context, strategic perspective and coordinating interviews—no small task, as Buttigieg is in the public eye seemingly constantly, meeting not only with the usual-suspect news outlets but also nontraditional ones, like podcasts and TMZ.

“You can put Pete in front of any reporter, without a lot of prep or handling—he’s a little like Adam Schiff in that way,” says Whittlesey, who gives much of the credit for Pete for America’s aggressive and unconventional media strategy to top communications advisor Lis Smith, a mentor. “And every time, he can convey his message in a way that resonates beautifully. That’s a huge gift.”

Even Buttigieg’s dogs, Trudy and Buddy, are media-savvy sensations. The boldly irreverent Instagram account @firstdogsSB features playful posts with the idiosyncratic spelling and syntax you’d expect from a couple of pups. It’s drawn more than 91,000 followers so far, and Whittlesey is quoted in a recent New York Times article about it.

Asked what it’s like to work as part of this dynamic campaign, in this political moment—and to see past and present bosses referenced on bumper stickers, in the daily news cycle and in a barrage of presidential tweets—Whittlesey admits it’s surreal. But, as her candidate preps for the next steps in the primaries, she’s excited to be in the arena.

“It was never a foregone conclusion that Pete would become a top-tier candidate in this race. He started this with zero money in the bank and four folks on staff,” she says, “so there were a lot of other candidates who would have been a safer bet, in that way. But for the staff, it was always about the candidate and a message we believe in. And it’s a wonderful thing to be part of that.”