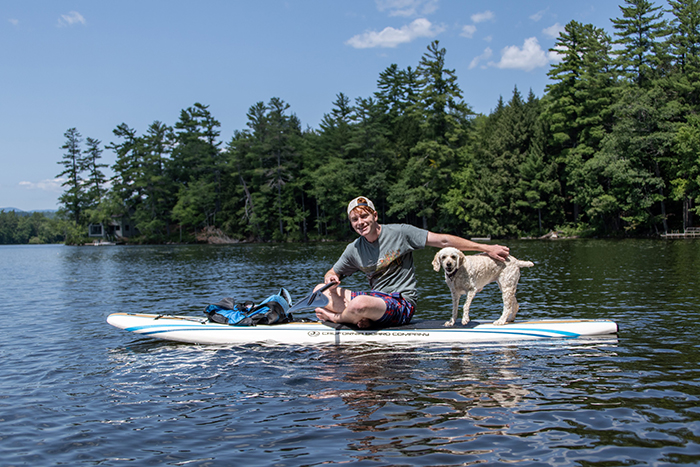 As a middle-school student, Ben Norris ’23 volunteered as a summer camp counselor-in-training, and in high school he worked as a teacher’s aide for an after-school program at a private elementary school. Halfway through his first year at Dickinson, he gave a presentation about Japanese culture and language to elementary-school students. Below, he discusses that experience and shares what it’s like to write that first tough college paper and adjust to on-campus life.

Of Mice and Men by John Steinbeck.

I took three separate visits to Dickinson before I made my final decision. My final decision was influenced by the classes I sat in on during my third visit. I liked the Japanese professor and the way the class was structured.

Prior to my trip to Japan in 2018, I wanted to learn some Japanese in order to be respectful to the host family I was staying with, in case they didn’t speak English. I fell in love with the language and wanted to do something with it in my studies and, potentially, in my career.

Professor of Music Robert Pound. He didn’t sugarcoat the difficulty of college, and he immediately had his class hitting the ground running with writing papers. Yes, the work was very difficult, but I’m grateful for his willingness to help his students whenever he had the chance. He prepared students in the class for their second semester as well as their whole college career. 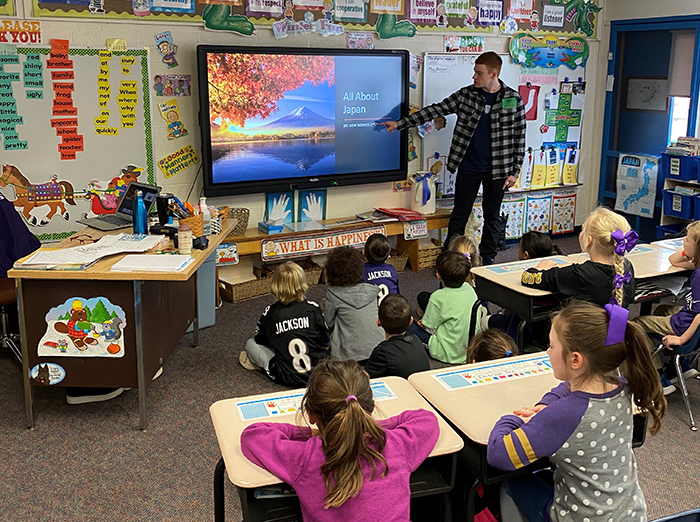 Ben Norris '23 gives a presentation at a private elementary school where he worked in an after-school program last year.

I hope to become a Japanese translator/interpreter.

… my grandmother. She passed away from lung cancer in 2017, even though she didn’t smoke. It was very sudden, and I miss her more than words can express. I would give anything to speak to her one last time.

Fulfilling the promise I made to my grandmother before she passed—that I would graduate high school and attend college. I know she would be proud.

I play electric guitar and paint replica models in my spare time, as well as play video games with my friends.

How I spent winter break:

Last year, I worked as a teacher’s aide for an after-school program at a private school, helping students with their homework, supervising them and sometimes signing them out and releasing them to their parents. (I’d previously worked as a volunteer counselor-in-training for a summer camp at that school.) During winter break, I had a chance to share my interest in the Japanese language with students at the same school. I created a presentation about Japan and the Japanese language for the first-grade class. We practiced a few Japanese words, and we had a lesson about origami.

The best thing about my Dickinson experience so far has been meeting my friends and creating many stories with them that we will tell for a long time.

The most important thing I’ve learned so far has been the fact that it’s OK to struggle with the transition to college and the workload. College is difficult, and it’s good to be challenged. College was a big change, and I’ve done a lot of hard work already, but I’m comfortable with that.