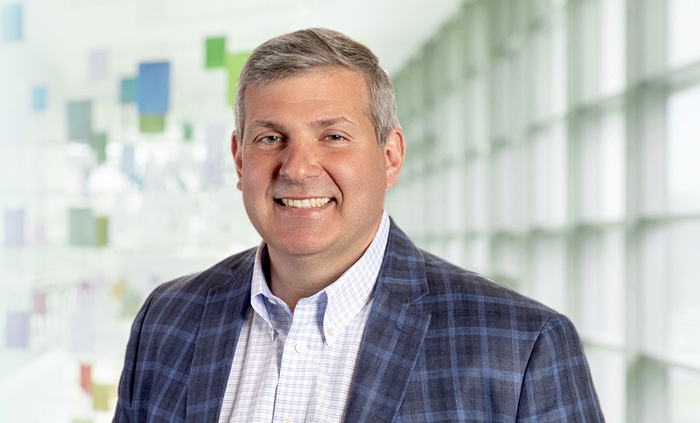 Even before his First-Year Orientation, Spyro Karetsos ’96 had already met Dickinsonians who would shape his life in important ways. One of them was a classmate. The others were his coaches, whose guidance and advice would continue to propel him long after graduation.

A native of Yonkers, New York, Karetsos had arrived on campus a few weeks before classes to attend football camp. As he stopped by the college bookstore for a T-shirt, he chatted with the cashier, Laura Otten ’96, a Carlisle native and daughter of a Dickinson employee whose sister, Rebecca ’94, had enrolled at Dickinson two years earlier. They hit if off immediately.

“Laura is smart, witty and beautiful, and she has an amazing smile. Her genuinely caring nature comes across immediately,” says Karetsos. “I knew right away that she was someone special.”

Karetsos declared a major in policy studies and a minor in economics, and with help from Associate Professor of International Studies, Business & Management Michael Fratantuono, he pinpointed an interest in working for the Federal Reserve and held several internships, including an internship with a political-action committee in Harrisburg that worked with small businesses. Impressively, Karetsos played both football and lacrosse during all four of his undergraduate years and also held down a variety of on-campus jobs—all while excelling on the field and in class.

“Working on campus helped me grow up and develop a sense of accountability, while being on two sports teams gave me lifelong friends and a shared sense of accomplishment,” he says. “Our coaches were like father figures to us. I carried what I learned from them about goal setting, time management, and character-building throughout my life.” 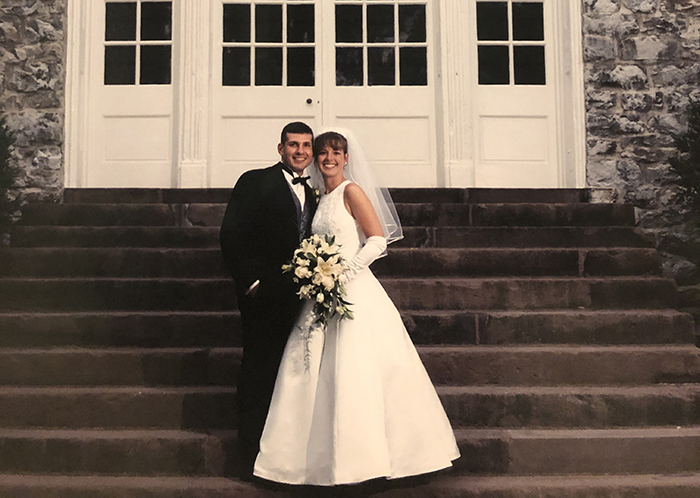 Spyro Karetsos '96 and Laura Otten Karetsos '96, on the steps of Old West on their wedding day.

Rising up the ranks

Karetsos joined the Federal Reserve Bank of Philadelphia as an enterprise risk management officer and then was promoted to assistant vice president of enterprise risk management. While working full time, he earned an MBA in finance from the Lubin School of Business at Pace University and a banking executive-correspondence certificate from the University of Wisconsin. He went on to serve leadership positions within the risk organizations at Vanguard, Goldman Sachs and Sun Trust. And today, he's the chief risk officer at TD Ameritrade, managing the organization’s credit, market and operational risks and serving on the company’s senior operating committee.

It’s a big job—and one that wasn’t in his sights at the start of his career. He says his undergraduate education has helped him both recognize and tackle career-building opportunities as they arose.

“A liberal-arts background is great preparation for Wall Street. It gives you an edge,” Karetsos explains. “Being able to communicate clearly and effectively, verbally and in writing, pays off in any career but especially in business. Having to take different subjects at Dickinson helped me become more agile and professionally curious and more open to different paths I could build my career in.” 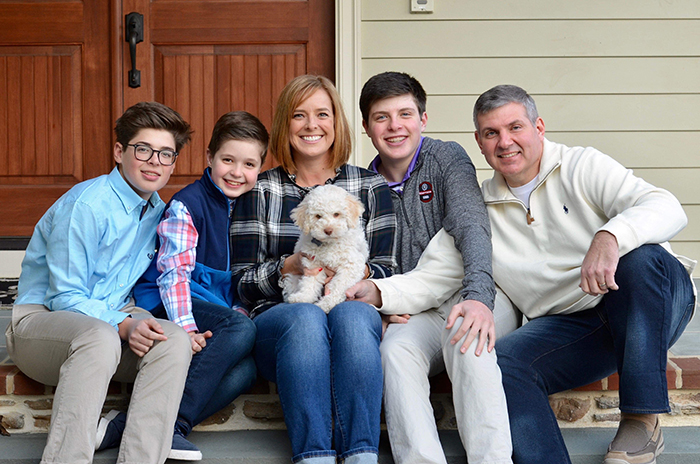 Karetsos, his wife, Laura, and their three sons—ages 17, 15 and 10—have attended Dickinson athletics events over the years, and he has lent expertise to current students through Center for Advising, Internships & Lifelong Career Development events in New York City. Working with Head Men’s Lacrosse Coach Dave Webster ’88, Karetsos offers guidance to Dickinson student-athletes with sights set on Wall Street. He has hired Dickinson alumni as interns and as employees; these include Moustapha Minte ’08, Luan Nguyen ’10 and Akshat Bhandari ’10, who launched careers as his interns, and Nav Garodia ’07, who worked for Karetsos as a consultant before joining his TD Ameritrade team as chief of staff.

“The idea is to help teach young, impressionable boys integrity, virtue and ethics before they go to college—and to help them see that while integrity and ethics correspond with winning, the means to the end is what’s truly important,” says Karetsos. “It has been a great opportunity for me to share the life lessons my Dickinson coaches shared with me.”