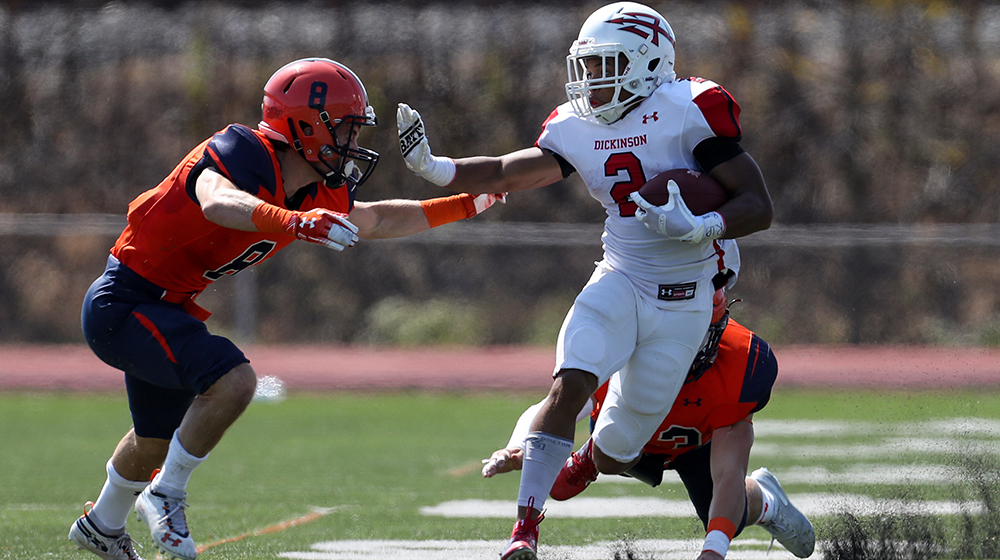 Fan of Red Devils football? Then you’re probably a fan of the Conestoga Wagon and Little Brown Bucket games. As anyone who follows Dickinson sports knows, these games are a big deal in terms of whipping up school spirit and riding a wave of Red Devil pride through the next year.

And this year, the Devils took both trophies, securing their first sweep since 2011.

“Saturday was a great day,” says Brad Fordyce, head coach. “The rivalries signify decades of competition and keep our alumni extremely connected to our program.” 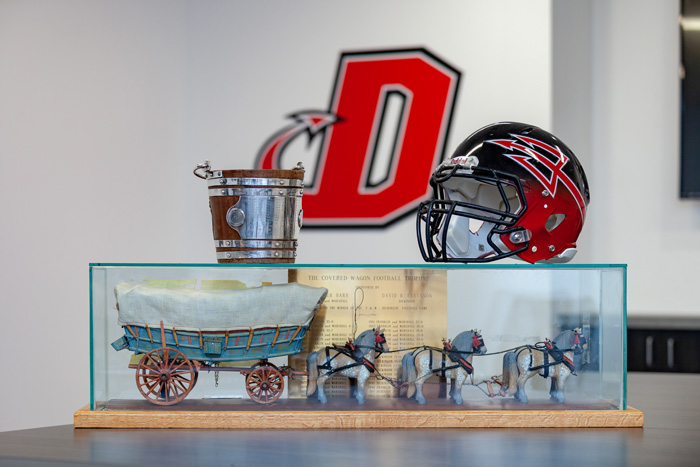 Dating back to 1963, the Wagon game pits Dickinson against the Franklin & Marshall Diplomats, adding a trophy to a rivalry that’s been going on since 1889. The Red Devils and the Gettysburg Bullets have been vying for the Bucket since 1892, which since 1939 has awarded a silver-trimmed mahogany bucket to the winner.

This year, Dickinson beat Gettysburg soundly in the Bucket game, 56-20, racking up nearly 600 total yards along the way. The Wagon game found the Red Devils beating F&M in a tense overtime thriller 17-10.

“These are games that are circled on the schedule and are intense based on proximity and recruiting overlap with both schools,” says Fordyce, who’s coached the squad to a 4-3 record so far this season. “Having both trophies is significant for our program and history, but it’s also a credit to our current players for the work they put in, the way they prepare, the sacrifices they make and the way they’ve performed this year.”

The Red Devils will look to continue their winning ways on Saturday, Nov. 2, vs. Juniata College at 1 p.m. on Biddle Field.