BE.Hive: On Campus Highlights the Ways Students, Educators Can Lead the Fight Against Climate Change 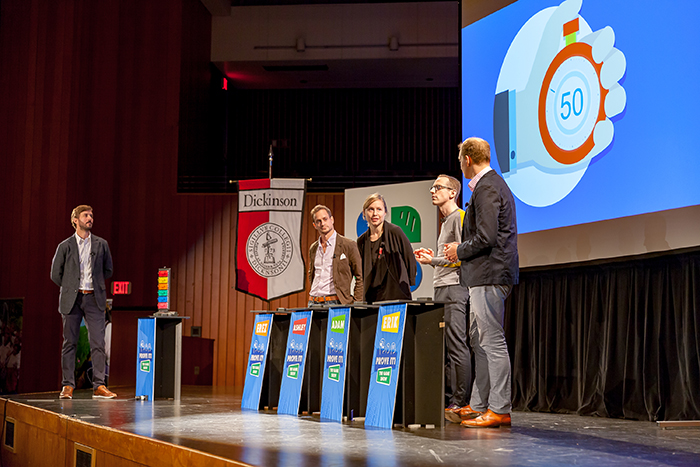 For decades, scientists have sounded the alarm about the need to protect our natural resources. But even though the facts have long been available to us, and even as climate-change anxiety surges, too many of us resist making sustainable choices in our daily lives. So how do we go forward?

Recently students and educators are answering that question by learning how to apply behavioral science to the problem, and Dickinson is leading the way.

More than 420 sustainability professionals, educators, behavioral scientists, alumni and undergraduate and graduate students came to campus Saturday, Oct. 5, for BE.Hive: On Campus, an interactive summit that explored how colleges and universities can best promote sustainable behaviors and equip students with the tools they need to effectively inspire behavioral change. Hosted by Dickinson and the global nonprofit Rare, the event highlighted the many factors that go into individual decision-making—emotions, confirmation bias and social behavior, in addition to facts—and how to effectively address them, while also providing a platform for educators and administrators from across the country to learn about best practices in sustainability education. 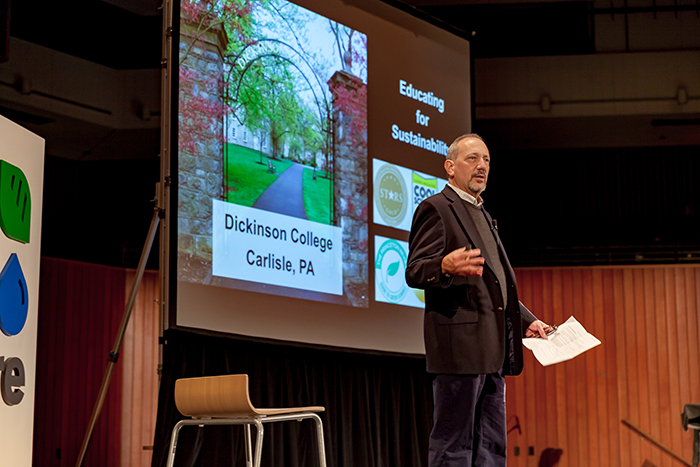 “It gives you hope, and it changes the narrative,” said Lisa Nicolaison of Princeton University, one of 48 colleges and universities represented at the event. “We’re learning how we can change that narrative and how we can use the right tools—the right prompts the right messages—to actually change behavior on an individual scale, which will then lead to change on a larger scale.”

Emceed by actor/comedian Ravi Patel (Meet the Patels, Master of None), the event included sessions led by Tim Ma, chef and pioneer in food waste reduction; Chris Graves, Ogilvy Center for Behavioral Science; Meghan Fay Zahniser, Association for the Advancement of Sustainability in Higher Education; and a panel on model sustainability programs and strategies at Dickinson, Harvard University, Cornell University and the Massachusetts Institute of Technology. Also on tap: the final round of the Behavior-Centered Design Challenge, a competition showcasing the ideas of student groups from colleges across the country.

The seeds for BE.Hive were planted when Brett Jenks, Rare president and CEO, received the 2017 Sam Rose ’58 and Julie Walters Prize at Dickinson College for Global Environmental Activism and served a residency on campus that included an interactive workshop with students. He emerged so inspired that he applied the Rose-Walters prize money to the Center for Behavior & the Environment, one of the driving forces behind the BE.Hive. Rare held its first BE.Hive summit with National Geographic in Washington, D.C., in March 2019 to connect with representatives from NASA, the World Wildlife Fund and others.

BE.Hive: On Campus builds on that momentum and applies it to Generation Z. 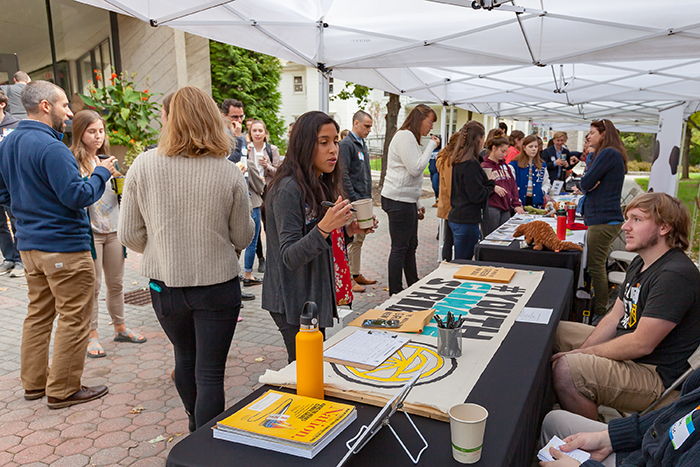 “That's really exciting for us, because that's often where the most energy is and the most creativity, and so that often leads to some of the best ideas,” said Kevin Green, senior director of the Center for Behavior & the Environment. “Frankly, students are not only the future—they are the now. They’re already leading the charge to create a sustainable planet.”

As they met with sustainability and education professionals, the CEOs of sustainability-driven businesses and undergrads and grad students from other colleges, the Dickinson students who attended were inspired, and on the case.

“Having people come to our campus and set an example is really powerful,” said Espoir Delmain ’21 (environmental studies, dance), adding that it illustrated “the things we do well here.”

“This conference is really inspiring me to just continue doing the work I'm doing,” said Allison Miller ’20 (environmental studies), “and also to get involved with more work and stay involved.”