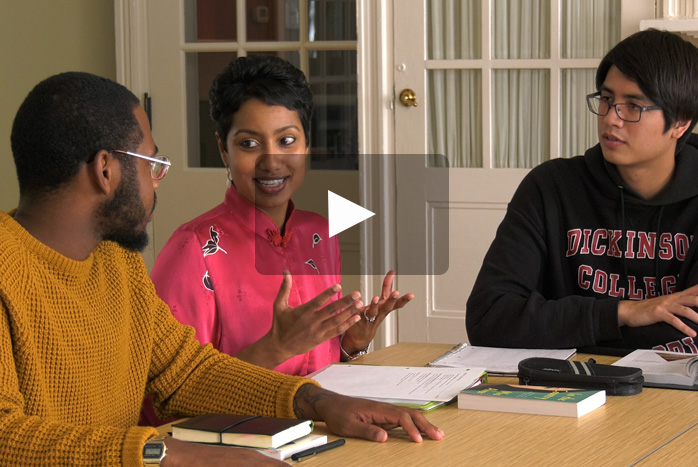 If you know that Dickinson College is your first choice, then why wait to apply? Early Decision is a perfect option for students who know where they want to go to college and want to be considered as part of a smaller pool of applicants. The best part is that, by finding out where they’ll be going to college earlier, they can relax and enjoy the rest of senior year.

We recently talked with students who applied to Dickinson through Early Decision, which is available to both U.S. and international students. That includes Leo Sorkin ’22 (computer science), who was born in Russia and then moved to Spain. He applied early after Skyping with Head Tennis Coach Brad Tulenko, and by November, he was already a member of Dickinson's class of '22.

“It was like an early Christmas present,” says Sorkin.

“It was a game-changer to get that application out of the way and have it squared away by the middle of November,” agrees Hannah Findling ’20, a biology major, who says she “fell in love” with Dickinson during her campus tour. “And I couldn’t have picked a better place to call home for four years.”