A Sense of Substance 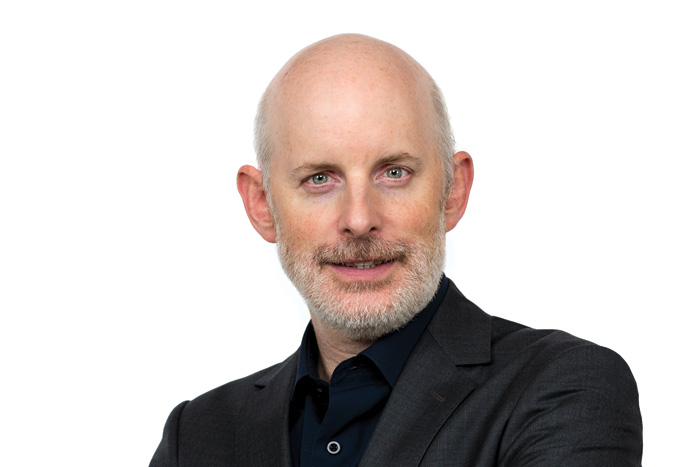 Chris Sharples ’87 graduated with degrees in history and fine arts, and he went on to found SHoP Architects, a New York–based international firm, with his twin brother and two other partners. And if you take a minute to Google the structures Sharples’ firm has been designing over the past 23 years, your jaw just may hit the floor. Start in New York City, with 111 57th St., Barclays Center, American Copper Buildings and the LaGuardia Airport Master Plan. Now jump over to Google’s Mountain View offices in California, The Q in Cleveland and Uber’s new San Francisco HQ. Jawdroppers, right? And that’s just a taste.

Sharples, a SHoP principal, graduated from Columbia University’s Graduate School of Architecture, Planning and Preservation, and no matter what he’s accomplished personally, he’s quick to deflect any credit directed toward him, diverting it to the team—made up of 177 SHoPpers—working in SHoP’s Broadway studio. And there’s a lot for which the team can take credit.

Looking at SHoP’s designs and the resulting structures, it feels a little like looking at the future of architecture, which is probably why the Museum of Modern Art has staged exhibitions of SHoP’s designs and they’ve been referred to as “NYC’s go-to megaproject architects.” And every building you’ll see by SHoP feels like a signature piece, but if you’re not sensing a theme in the designs—as you might with, say, Frank Gehry or Frank Lloyd Wright—that’s no accident. Sharples will be the first to tell you that SHoP isn’t a style-based practice, that it isn’t shooting to impose a branded look on its works. And it could be because something more vital is at stake.

“There are a lot of things in our industry that are broken, and we need to innovate to address some of the challenges in our world, especially with global warming,” Sharples says, pointing out that 48 percent of carbon emissions come from the building industry. “So in terms of SHoP’s legacy, we’re going to continue to make beautiful projects, but the thing that’s going to become incredibly important is how we manifest our built environment in a way that really starts to address some of the challenges that we’re facing on this planet.”