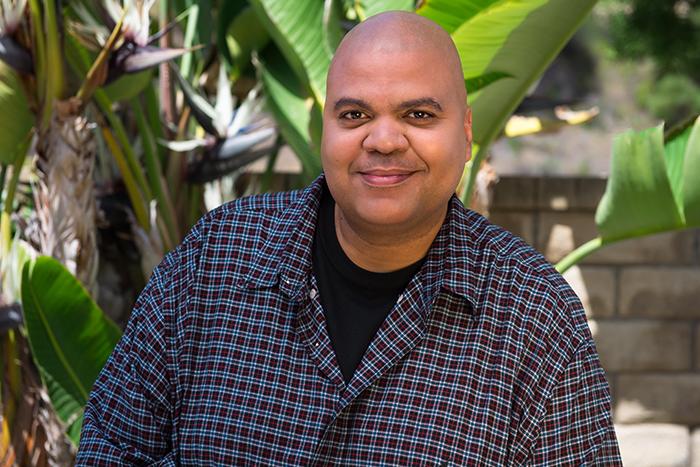 Award-winning screenwriter Edward Ricourt '95 will present the college’s annual Poitras-Gleim Lecture on Wednesday, April 17, at 7 p.m. in the Anita Tuvin Schlechter (ATS) Auditorium. Ricourt’s lecture will detail how to turn art into activism, drawing on his personal experiences.

Ricourt wrote Now You See Me, a 2013 heist thriller, produced by Summit Entertainment. He is currently writing the forthcoming Sugar Ray Robinson boxing biopic, Sweet Thunder, with fellow Poitras-Gleim lecturer David Oyelowo playing the lead role. In TV, Ricourt won a Peabody Award as consulting producer for the Marvel/Netflix series Jessica Jones. He also wrote for the FOX series Wayward Pines. Ricourt is currently a writer/producer on Raising Dion for Netflix. Michael B. Jordan is producing and starring in that series. Ricourt’s plays have been produced at New York Stage and Film and the Manhattan Theater Source. He has an MFA in dramatic writing from the NYU Tisch School of the Arts. 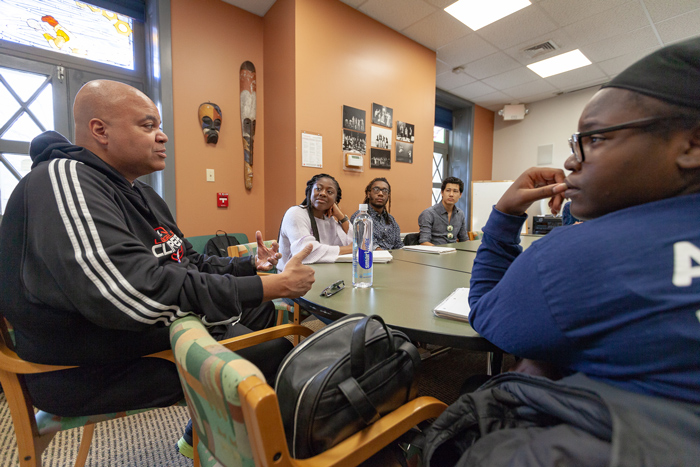 A few days before the lecture, Ed Ricourt '95 takes the time to share his expertise with students in a directing class. Photo by Carl Socolow '77.

Ricourt’s presentation marks the annual Poitras-Gleim Lecture, which was endowed by a gift from Ted and Kay Gleim Poitras and provides a forum to explore and promote cross-disciplinary thought and communication. The Student Senate Academics Committee organizes and oversees the Poitras-Gleim Lecture and is tasked with fostering vibrant campus discussions about academic and political issues through seminars, lectures and debates. Previous Poitras-Gleim lecturers have included Mae Jemison, the first woman of color in space; Orange Is the New Black author Piper Kerman; feminist writer and activist Betty Friedan; and Star Trek icon George Takei.