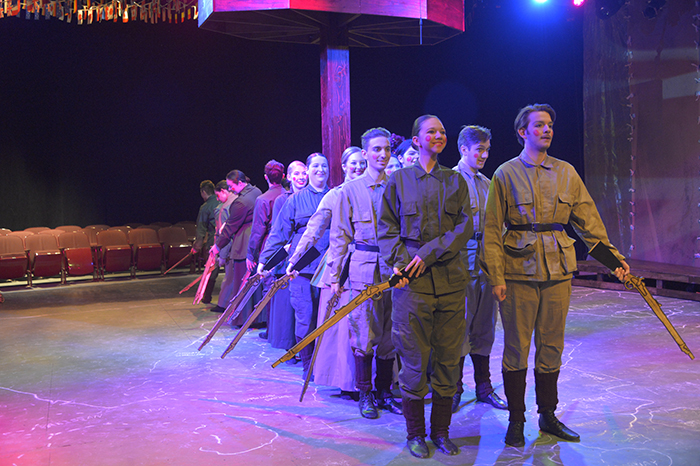 When Oh What a Lovely War premiered in 1963, it captivated audience by telling the story of conflict not from a historian’s viewpoint, but from the perspective of a common British soldier. By highlighting the sometimes playful, sometimes nostalgic stories soldiers told and songs they sang, the play conveyed a rich portrayal of human experience, bringing a new and moving immediacy to the realities of war.

To add context, students in a spring Dramaturgy class, led by the play’s director, Professor of Theatre Karen Kirkham, have created lobby displays, highlighting their research on the playwright and her directorial vision as well as on World War I causes, casualties, trench warfare, music-hall culture, food, music, propaganda and economy. The program will highlight interesting tidbits from their research.

After each performance, three students also will lead brief, informational Q&A sessions about their research, moderated by Kirkham. New themes will be explored after every show.

Saturday’s show features an additional immersive experience, as students will serve samples of food that would have been typically eaten during the winter season by World War I soldiers, including a stew created with fresh ingredients from the College Farm and small rations of chocolate, biscuits and tea. Brendan Carr ’21 (environmental studies, theatre arts) researched wartime food in advance of the play and will deliver a brief informal presentation on the subject.

Carr, who plays several parts in the play, says that his readings on wartime food access and food security helped him understand not only why specific foods are absent or present in the script and how that relates to corresponding wartime events throughout the show, but also deepened his understanding of his characters’ emotional states. He believes that learning more about World War I events and culture—such as the role food shortages played in soldiers’ and civilians’ wartime experiences—will similarly deepen audience members’ experiences. “I believe that learning about and sampling World War I inspired foods tangibly connects audiences to the soldiers seen in the show beyond the play’s run time, providing a larger platform for empathy to occur,” he explains.

The Mermaid Players present Oh What a Lovely War on Friday, March 1; Saturday, March 2; Monday, March 4; and Tuesday, March 5. All performances begin at 8 p.m. in Dickinson’s Mathers Theatre, Holland Union Building, 28 N. College St. Tickets cost $7, or $5 with a student ID, and are available by phone at 717-245-1327; at the Holland Union Building box office, Monday through Friday, 11 a.m. to 2 p.m.; and through the online box office. 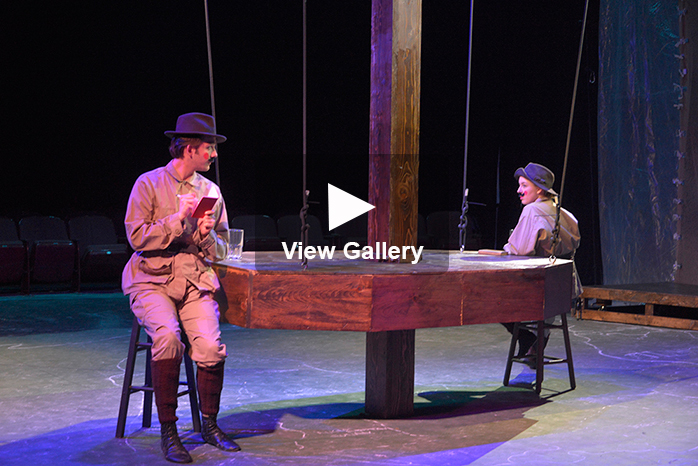