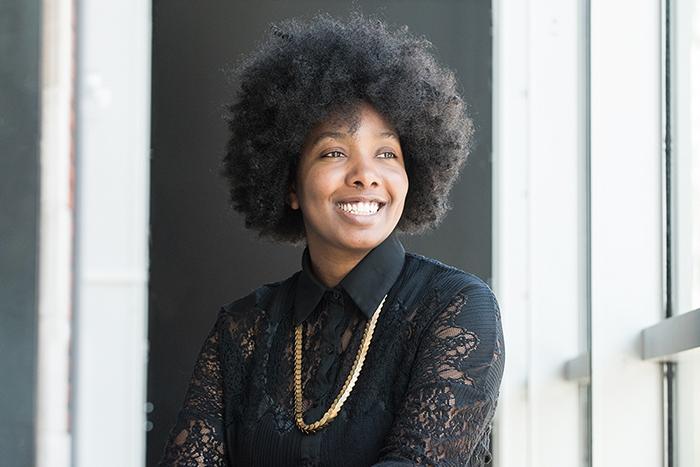 Montreal- and Paris-based filmmaker Amandine Gay will visit Dickinson for a screening of her film, Ouvrir la voix (Speak Up/Make Your Way), and a related discussion on Friday, Feb. 22, at 5:45 p.m. in Althouse Hall, Room 106.

Gay’s documentary chronicles francophone European black women from the African diaspora. The film focuses on the difficulties these women face as a result of having a minority status in predominantly white, ex-colonial countries, as well as highlighting the diversity and cultural richness of Afropean communities. Ouvrir la voix is Gay’s directorial debut, which enjoyed a theatrical release in four countries. Gay also contributes to the website Slate.fr, and regularly speaks on afrofeminism, intersectionality and transracial adoption.

This film screening is a part of the Tournées Film Festival, which is made possible with the support of the Cultural Services of the French Embassy in the U.S., the Centre National du Cinéma et de l’Image Animée (CNC), the French American Cultural Fund, Florence Gould Foundation and Highbrow Entertainment.

The event is sponsored by the Clarke Forum for Contemporary Issues and co-sponsored by the departments of French & Francophone studies; women’s, gender & sexuality studies; film & media studies; music; history; the Popel Shaw Center for Race & Ethnicity; the Women’s & Gender Resource Center; the Office of LGBTQ Services; and the French Club.