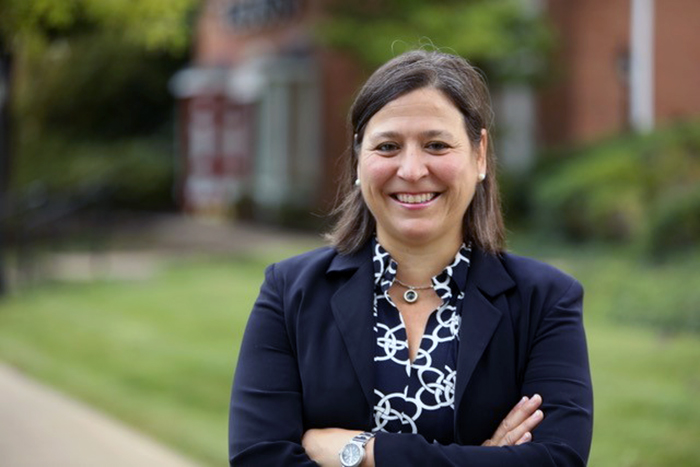 When Valerie Gaydos ’89 entered the Pennsylvania House of Representatives this fall, she brought an entrepreneurial spirit and a liberal-arts sensibility to her new role.

Gaydos majored in Russian and economics at Dickinson, and, after interning at the U.S. Army War College during the fall of her senior year and in the Harrisburg office of U.S. Sen. John Heinz that spring, she joined the staff of the Pennsylvania State Senate after graduation. She initially worked in the Senate policy office and then joined the staff of then State Majority Whip D. Michael Fisher. While she appreciated her time in government, she knew her real passion was entrepreneurship, so in 1994 Gaydos started her own company, Capital Growth Inc.

Gaydos’ information publishing company sold financial data to entrepreneurs in the startup space, and at a time when most companies had not yet leveraged internet services, she developed a system to accept credit-card payments online. She went on to invest in other successful startup companies and became a well-known startup business advocate and angel investor who has helped small businesses succeed, including one of her own investments, which sold to Intel in 2012. Gaydos helped found, develop and create the Pennsylvania Angel Network and served as its first woman president. She also began to invest in veteran-owned startup companies, along with the Hivers and Strivers investor group, work that she continues to perform today.

After the 2002 death of her husband, Bruce Johnson, to lung cancer, Gaydos took over his Harrisburg government-relations business and served on the PAC board of the Pennsylvania Business Council. Interviewing numerous Pennsylvania politicians vying for elective office and seeing a shortage of political candidates with business experience, she became interested in re-entering public service to fill the void. But the timing wasn’t right: She was a recent widow with a business to run, and her mother had been diagnosed with Parkinson’s disease and needed care.

Gaydos’ mother passed away in 2017, and after State Rep. Mark Mustio announced his retirement, Gaydos knew that the time to run for office had arrived. She knocked on 8,000 constituents’ doors, and on Nov. 6, Gaydos bested her opponent by four points, earning the 44th Pennsylvania house seat. Two months later, as Gaydos settled into her new role, she took a moment to chat about her time at Dickinson and the road to the Pennsylvania House of Representatives.

Why did you choose to attend Dickinson?

Dickinson’s fine reputation, without a doubt, was the No. 1 reason. I also knew I wanted to go to a liberal-arts school to receive a well-rounded education that included arts and science as well as language study. Additionally, Dickinson had Division III lacrosse. But generally, I connected with the people I met at Dickinson when I took the tour. They made me feel welcome.

In addition to receiving a solid education, I made lifelong friends. I enjoyed living in the townhouses behind the HUB; that environment was special. Looking back, I appreciated all of my advisors, including Neil Weissman, who was very pragmatic. He gave thoughtful and realistic advice.

You’ve just built a time machine: Where and when do you go?

I’d love to go back and meet my maternal grandfather, Father Stephen Varzaly, who was instrumental in the formation of the Orthodox Church in America. He passed away before I was born. He spoke multiple languages and crossed paths with a number of historically significant people. I find his whole story fascinating. Saint Michael the Archangel church in Rankin, Pennsylvania, where he served, is a majestic Russian Orthodox Church built in 1899. The bust in front of the church is my grandfather.

You’re going to live on an island by yourself for a year. What book and album would you take with you?

The album would be Quah, by Jorma Kaukonen. He was one of the members of Jefferson Airplane. The book would be The Forgotten 500. It’s very inspiring. It’s about airmen who were left behind in Yugoslavia in WWII. Against all odds, they built an airfield to get all 500 airmen out of Yugoslavia.

Walt Disney. One of my college application questions was about a historical figure whom I admired. I wrote about Walt Disney because I thought his business acumen was phenomenal. He could have done so many different things, but in building Disneyland, he focused on creating an amusement park for families to enjoy. The way he acquired the land and negotiated deals to do that successfully was pretty remarkable.

The focus on writing instruction was a huge help. The language requirement also was helpful because when you learn a foreign language, you actually learn to appreciate the nuances of your native language even more. It helps you as a speaker and a writer. If you know how to write well, you know how to communicate well. And communication makes the world go 'round. We certainly need better communication in the world right now. Having an understanding of a variety of different disciplines also made me a better, more well-rounded entrepreneur and political candidate, and now it will help make me a better legislator.

What are your key issues as a legislator?

As a longtime entrepreneur with a proven track record of building successful businesses, I am committed to putting my experience to work to grow the state’s economy and improve opportunities and reduce burdens for employees and employers across the commonwealth. Pennsylvania is an amazing state, and I'm proud to now be fighting for greater fiscal accountability, enriched educational initiatives that prepare our students for their futures, and tax, regulatory and economic policies to strengthen PA's business climate.

Life’s experiences, good and bad, bring us so much maturity and perspective. I went through a lot of things at a relatively young age—I lost my brother to cancer in 1992 and my husband to cancer in 2002. My mother passed away in 2017 after 15 years with Parkinson’s disease. These are things that I wish hadn’t happened, but I don’t think a lot about what I could change about the past. I try to think about what I can improve on now.