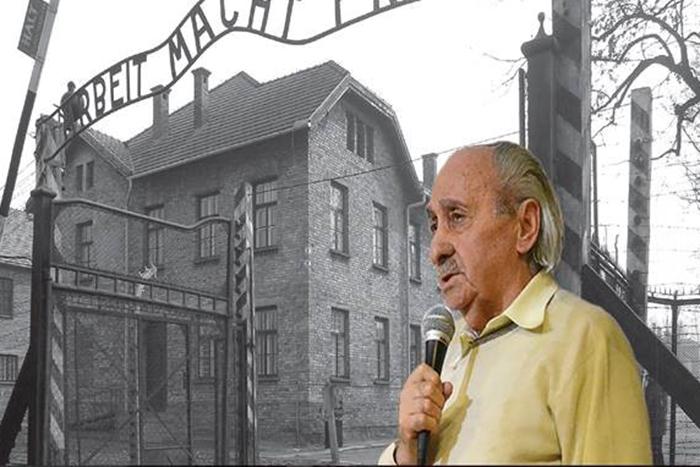 David Tuck speaking during a presentation about his experience during the Holocaust.

The Story of Holocaust Survival

David Tuck will share his personal story of Holocaust survival during a lunch and learn discussion at Dickinson on Thursday, Nov. 8, from noon-1:30 p.m. in the Allison Hall Community Room. The event is free and open to the public. Lunch will be provided.

Tuck, who is Jewish, was 10 years old when Germany invaded his native Poland in 1939. His lecture will detail his time during the war as a victim and, ultimately, survivor of the Holocaust. Tuck’s experiences include being imprisoned in several Nazi forced-labor and concentration camps, including the infamous Auschwitz, and his eventual liberation by American troops from a camp in Austria in 1945.

Tuck’s lecture marks the 80th anniversary of Kristallnacht, also known as “The Night of Broken Glass,” when, on Nov. 9, 1938, German paramilitary forces and civilians attacked, looted and burned synagogues and Jewish-owned businesses, homes, hospitals and schools. More than 90 people were killed and scores were raped and beaten. Many historians regard the terror as the beginning of the Holocaust.

The event is sponsored by the Milton B. Asbell Center for Jewish Life and co-sponsored by Tim and Carolyn Carlisle, owners of the Carlisle House Bed & Breakfast; Congregation Beth Tikvah; The Center for Service, Spirituality and Social Justice; and the Department of Judaic Studies.