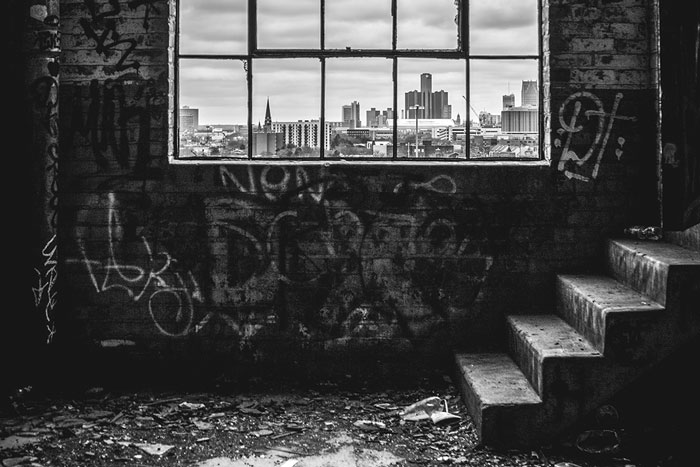 What is blight? Urban blight is marked by deteriorating and abandoned homes and buildings, as well as vacant lots with trash, high weeds and grass and/or abandoned and vandalized cars.

Where does it exist? Everywhere. You find it in urban, suburban and rural communities, large and small, older and newer, with expensive, moderately priced and lower-priced homes. It’s in small downtowns with vacant storefronts or in vacant, empty, deteriorating large box stores, shopping centers or malls.

Why does it exist? There are a variety of reasons for blight, including a lack of maintenance by absentee landlords; banks and mortgage companies foreclosing on a property but never taking ownership; greed on the part of unscrupulous landlords who milk all the equity out of a property and then abandon it right before it’s condemned; or the lack of a stringently enforced municipal property maintenance code with harsh penalties to deter the aforementioned actions by property owners.

What problems does it create? Blight is an economic crime that causes municipalities to lose considerable property tax revenue as a result of lower assessed property values throughout blighted neighborhoods, costing American taxpayers billions of dollars per year. Property taxes therefore have to be increased on owners who maintain their properties to make up for the lost revenue. Property owners near blighted buildings also have to pay higher fire insurance premiums, as well as higher municipal taxes to cover the increased costs for police and fire protection, as blighted buildings are a frequent target for arsonists and criminal activity.

What can you do to prevent blight? Find out if your municipality has enacted and stringently enforces a tough property maintenance code with significant penalties. If not, ask officials to do so. Google your state’s legislative website and research blight statutes. If they don’t contain what your state’s statutes do, speak to your state representative about introducing proper measures.

What can you do to encourage revitalization of blighted areas? See what economic development incentive programs exist in your state to redevelop brownfields and blighted areas. I authored the Keystone Opportunity Zone (KOZ) legislation to do this in Pennsylvania. Business Facilities Magazine, a national publication for business executives looking for new site locations, awarded this program the Gold Level 1st Place Award as part of its Economic Development Achievement Awards. If your state has no similar program, speak to your state representative about creating one.

Jeri Stumpf ’66 (political science) was executive director of the House Local Government & Urban Affairs Committees for the Pennsylvania Legislature when statewide public hearings were held on House Resolution 91 and a report—Urban Opportunities: Eradicating Blight and Expediting Economic Development in Pennsylvania in the 21st Century—was released. The American Planning Association used the report in the development of its new national policy on blight and underutilized property in America. Stumpf drafted 30 bills to enact the committee report recommendations. He is currently consulting on a project that may develop a municipal blight prevention ordinance that could be a model for all municipalities in Pennsylvania and nationally. More information is available at jstumpfassoc-zeroblight.com.