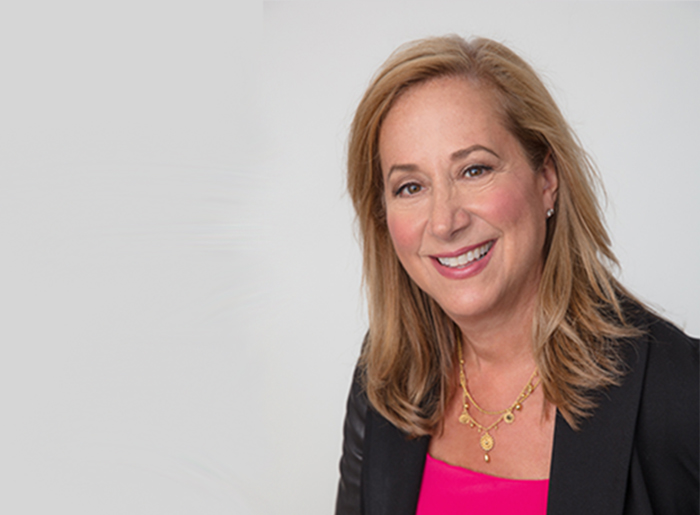 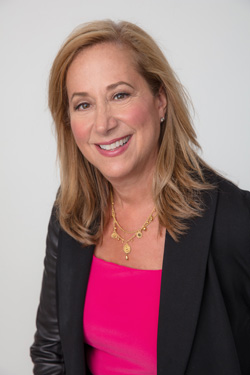 As Ad Council president and CEO, Dickinson College alumna Lisa Sherman ’79 is the driving force behind the organization’s current work, a job that puts this award-winning executive’s expertise to work in service of the greater good.

Sherman’s career trajectory began behind the register of her dad’s Philadelphia shoe store, where, as a teenager, she pinch-hit on Saturday afternoons, watching her father chat with customers and quickly put them at ease.

“He taught me that in business and in life, relationships are everything,” remembers Sherman. So when she selected a major at Dickinson to help prepare for a business career, Sherman chose psychology, with an economics minor so she too could build successes on a foundation of deep understanding of human behavior.

On campus, Sherman got involved as a resident advisor, dorm director, and member of Omicron Delta Kappa and the varsity basketball and lacrosse teams, serving as basketball team captain during her junior and senior years. She also took part in leadership-training classes at the U.S. Army War College and fondly remembers a colonel who modeled how to motivate while inspiring teamwork.

‘When something’s right, you feel it’

Sherman put those leadership lessons and experiences to work when a teammate’s father referred her for a job at Bell of Pennsylvania, where she made full use of the company’s executive-training program. She went on to ascend the ladder at Bell Atlantic (now Verizon), rising to lead the company’s advertising divisions as senior vice president. But after nearly two decades in telecommunications, Sherman itched for a new challenge and a chance to tap her interests as well as her professional skills.

Realizing that the newly founded WNBA and the victorious 1996 U.S. women’s soccer team had raised the public’s awareness of women’s sports, this former Dickinson student-athlete took a calculated risk and co-founded a women’s-sports marketing agency. “It was a big leap, after 17 years at the same company. But I’d learned at Dickinson that you learn by doing, and that when something is right, you feel it in your gut,” she says.

‘Every day was electrifying’

During her four years as the Women’s Sports Network COO and co-founder, Sherman helped build excitement for women’s sports and, ultimately, provide girls and women with inspiration and opportunities to shine. “Every day was electrifying,” she remembers. “I felt there was a purpose in my work.”

Sherman next moved to advertising agency, Hill Holliday. After two years as the agency’s executive vice president of new business and accounts, a recruiter called to ask if she’d again help build something new. This time, it was a TV channel, being launched by media giant Viacom, aimed at an LGBT audience.

Sherman had never worked in television. But she knew just how difficult it could be to become comfortable as an openly gay person and how empowering it would be for LGBT Americans to see positive LGBT characters in the media. So, in partnership with a prolific, award-winning and seasoned TV executive, who handled the creative side, Sherman co-launched LOGO TV, running the business end—marketing, production, communications, human relations, finance and digital strategy.

“We were in business to make money, of course, but our higher purpose was to give the [LGBT] community a sort of home base and to change and expand the imaginations of people in hopes of creating a broader level of acceptance,” says Sherman, who remained in that role from 2005 to 2014—just one year before gay marriage was legalized in the United States.

‘Best job on the planet’

Now at the Ad Council, Sherman leads more than 30 national public-service campaigns every year, with the aim to improve the lives of Americans by moving the needle on public awareness and behavior. Her first project was to roll out the “Love Has No Labels” diversity and inclusion campaign, which included the second-most-viewed PSA on YouTube of all time and the first social-good ad to win an Emmy. Her current projects include a gun-safety PSA and the “She Can STEM” campaign, advocating for STEM education for girls.

Outside of work, Sherman enjoys spinning and spending time with her wife, Julie, and daughter, Jordyn. She serves as information and entertainment steward on the World Economic Forum, is a member of IBM’s Cognitive Media Council and is on the boards for the humanitarian nonprofit In God’s Love We Deliver and for an advising arm of DoSomething.org. Sherman was inducted into the YWCA’s Academy of Women leaders, was featured in a Harvard Business School case profile on leadership and contributed to the book Uplifting Leaders (Who Happen to Be Women).

In 2007, she served a Metzger-Conway fellowship at Dickinson, delivering a lecture on gays and lesbians in the media. Other awards include Out magazine’s 2017 Power 50 list, Ad Age’s Women to Watch 2015 and the Big Brothers Big Sisters of NYC’s 2016 Public Service Award. Sherman was named to the 2016 Responsible 100 List by City & State, an honor given to New York's most outstanding corporate citizens in recognition of personal and professional philanthropic contributions.

Sherman says the leadership experiences she acquired as a student leader, and the interpersonal insights she gained as a Dickinson psychology major, have served her well throughout her career, and continue to inform her work.

“I feel lucky, because I’m passionate about what I do,” she says. “At the Ad Council, there’s this sense that all of us are coming together to make the world a better place. We like to say we have the best jobs on the planet.”