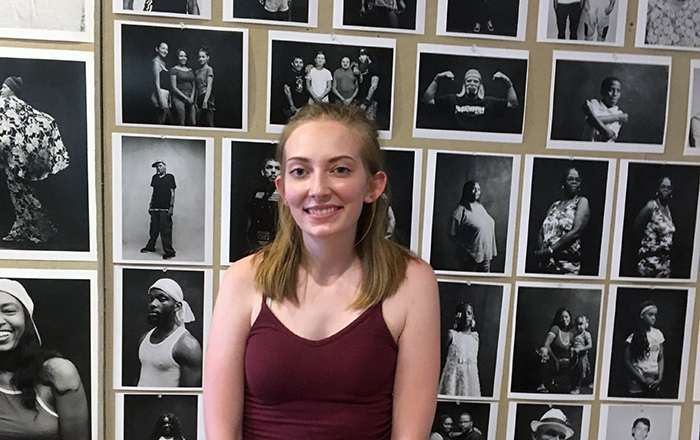 When Jeffrey Stockbridge visited Dickinson to discuss his yearslong project with studio art students, he made a powerful impression on Clara Roth ’21 (studio art, environmental science). Stockbridge, a rising-star photographer, had been venturing out to a crime-ridden area of North Philadelphia—once a hub of the textile industry and now a nucleus of drug activity and prostitution—to shine a compassionate light on the people affected by the opioid epidemic, sharing their stories through artful portraits and oral histories. As a Philadelphia area native who's passionate about social issues, Roth was moved, and she wanted to use her artistic training to help.

During June and July, Roth served a summer internship with Stockbridge that took her to Kensington, Pennsylvania, about 12 miles from her home. While she learned about a community directly affected by opioid overuse in America, she gained experience working with a photographer whose high-profile art project was recently highlighted in Time magazine, among other news outlets.

The stories behind the crisis 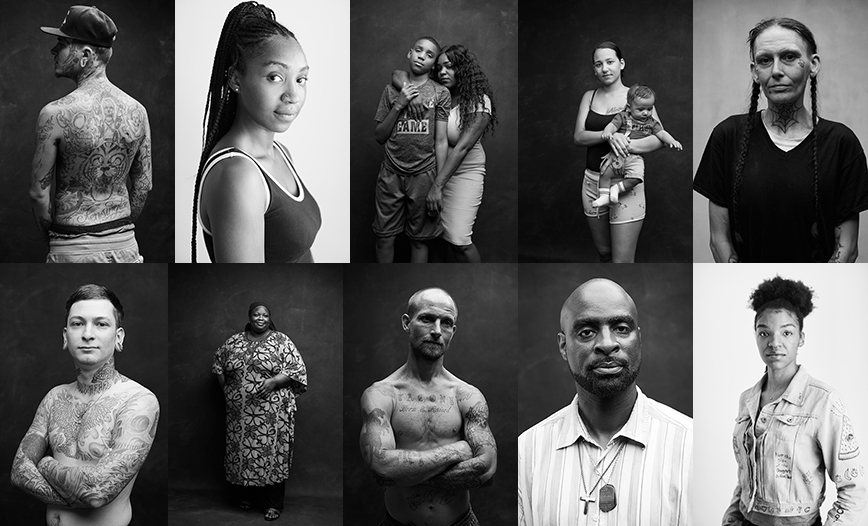 Stockbridge is known for gritty large-format color photographs of Philadelphia, and his work has been featured in group exhibitions at the National Portrait Gallery in London, Philadelphia Museum of Art, Delaware Art Museum, Woodmere Art Museum, Fleisher Art Memorial and the Delaware Contemporary (aka DCCA). His recently published book of photographs, Kensington Blues, has drawn praise for its unflinching, yet sympathetic, portrayal of the people behind opioid overuse in America, officially declared a “public health crisis” last year.

The young photographer began this project in 2009—before the phrase "opioid crisis" saturated the national conversation. Spending time on North Philadelphia’s notorious Kensington Avenue, he befriended strangers, explained his project and asked community members to share their stories, including how and why they had come to Kensington and what their lives there were like. Their stories were riveting and deeply human, and in addition to taking their portraits, Stockbridge began to record his conversations; he also invited people to write in a diary, and he photographed the pages. Over time, a compelling and complex community portrait emerged.

Stockbridge published a book of photographs in May 2017, and last March, he visited campus to talk about his career and work with students in Visiting Lecturer in Art & Art History Andy Bale's photography class. Roth, who'd taken two photography classes with Bale, was Bale's spring teaching assistant.

"Jeffrey spoke of how he earned people's trust, often simply by asking them how they were doing—something that, for many of the people he spoke to, happened not nearly often enough," said Roth, who had learned a bit about the psychology behind addiction from her father, a Philadelphia therapist who had treated those struggling with addiction. She emailed Stockbridge after his visit, hoping to intern or volunteer with the project, and followed up after the semester ended.

Stockbridge was preparing to embark on a second project, this one portraying the wider Kensington community. He needed two summer interns, and Roth was a perfect fit. 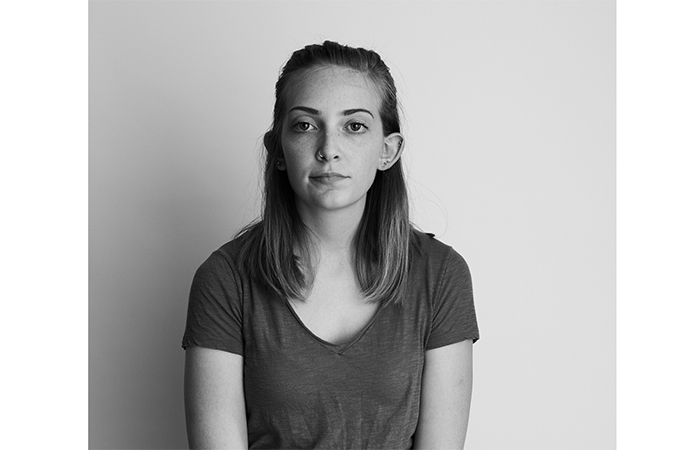 Beginning in June, Roth helped Stockbridge set up and run a monthlong pop-up portrait studio in an empty storefront on Kensington Avenue, and assisted with everything from preparing the studio to assisting with a monthlong photo shoot, printing and editing approximately 100 portraits. The photographer invited anyone passing by to sit for a formal studio portrait.

“After years of photographing the effects of addiction on the neighborhood, I wanted to show a different side of Kensington,” says Stockbridge. “There’s a lot more to Kensington than drugs and poverty. I saw this as an opportunity to share a softer side of the community by focusing on the dignity and optimism of the individuals and families living here.”

After the photo shoot ended, Roth helped install an exhibition in the pop-op studio, so community members could see pictures of themselves and others in the neighborhood. Looking back, she said she's grateful for the opportunity not only to learn a great deal about photography but also to gain a nuanced and organic understanding of a mounting public-health crisis, as it unfolds close to her home in Bryn Athyn, Pa.

"Working with people who live in Kensington has illustrated systematic issues with poverty and discrimination," she said, adding that she was moved to discover that many of the people she met remained hopeful about their futures and expressed strong desire to persevere in pursuit of better lives. "It has been a very humbling experience, and I have realized how truly privileged I am."