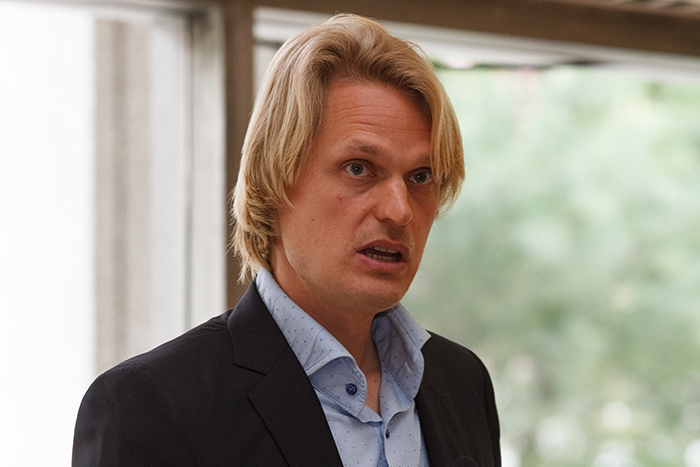 Growing up, Alex Froom ’08 attended private religious schools with students from similar backgrounds, so he didn’t have much opportunity to meet folks with very different experiences and points of view. As he entered a Seventh-day Adventist college in Tennessee, he became aware of the inequities and injustices many others face, particularly in devastated Native American communities. He wanted to learn more about different cultures and religions and discover ways that he could help those in need.

Today, Froom leads the board of a nonprofit that operates a community center serving members of a Navajo Nation community in Arizona, and he’s also facilitated a scholarship and a service-trip program at Dickinson that helps a new crop of students access and understand worlds different from those they know.

Froom’s journey began at the close of his first year of college in Tennessee. In search of a broader perspective, he embarked on a gap year in Arizona, on Navajo Nation, leading youth wilderness trips and community-service activities. By the end of that year, he’d decided to transfer to a college that offered world-religions coursework so he could learn more about the relationship between Christianity and Native American culture, and after a campus-tour-day conversation with Ted Pulcini, Thomas Bowman Professor of Religion and Philosophy, he was sold on Dickinson.

During his first semester on campus, Froom declared a religion major and jumped right in with a service-learning course centering on interfaith research in the local community. The class was diverse—it included two Buddhists, a Hindu, a Muslim, a Presbyterian and atheist—and as he worked with them and local community members, Froom’s worldview shifted in a subtle but profound way.

“I came to see myself as related to them—and I realized that we are all interrelated,” he says. Building on these relationships, he discovered that people from all different cultures, faiths and lived experiences can come together to lift one another up, in a way that benefits everyone.

Four years later, Froom emerged with a master’s in social work and an M.Div. as well as a desire for a well-earned time-out. He found it in the form of a four-month stay at an Episcopal convent in New York state, where he worked on the convent farm in exchange for food and board—an opportunity that dovetailed Froom’s interests in small-scale agriculture and religion, as he pondered his next steps.

Froom’s thoughts remained with the Native American people he’d met during his gap year, and with the complicated, fraught relationship between European-American Christians and Native Americans. So he traveled back to Navajo Nation, in Arizona, to serve as executive director of Rez Refuge Ministries, a faith-based nonprofit, founded by a friend, which seeks to build community and create alternatives to the status quo of poverty, isolation and violence while empowering Navajo youth and families to solve community challenges. 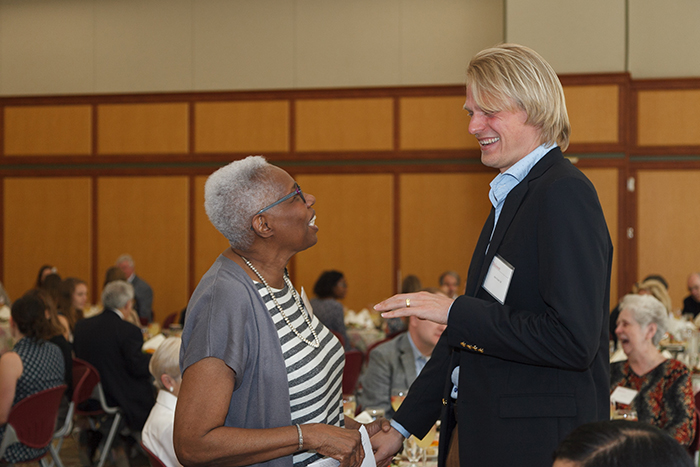 During his three years as executive director at Rez Refuge, Froom developed a curriculum that included youth-leadership, vocational and mentoring programs; ran the organization’s community center; and hired and led a small staff. He trained employees on everything from basic business practices to fundraising, interfacing with government agencies and youth mentorship, readying community members to one day take the helm.

Froom now lives in Seattle with his wife, Malu, and he has handed day-to-day operations off to Navajo Nation community members, while still leading as chair of the board of directors. He is also on the board of a small family foundation and consults on agricultural-education projects, food-system change and nonprofit management and leadership.

In the decade since his graduation, Froom has worked to ensure that current Dickinson students have access to meaningful intercultural experiences surrounding Native American issues. With his help, the Center for Service, Spirituality & Social Justice now offers an annual service-learning trip to Navajo Nation. Froom has also facilitated a Native American Student scholarship at Dickinson, funded through his family’s foundation, and he’s spoken twice to current students about his ongoing work—first at the 2015 Baccalaureate ceremony and more recently, at the 2018 Scholarship Luncheon.

Asked why he’s decided to give back to Dickinson in this way, Froom says that his time at Dickinson “was really life-giving—it is a place of open inquiry and camaraderie. I’m happy that there can be more of that for people who would not otherwise have access to those experiences.”