A New (But Familiar) View 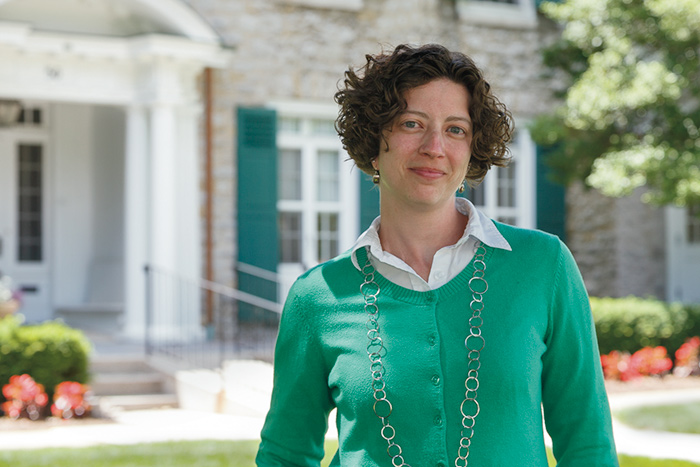 I still remember the first time I saw my name printed in the masthead of Dickinson Magazine. It was in the fall 2005 issue, and I had three bylines to go along with my first issue as a staff writer. I was fresh out of college, and seeing that first issue featuring my work in print was invigorating.

A few years after that, my name moved up in the masthead when I took on the role of assistant editor. For nearly 10 years I served in that capacity under two talented and tenacious editors, Sherri Kimmel and Michelle Simmons. I grew tremendously, taking on larger stories—like my first cover story in 2011 (“Saddle Up,” a piece on the equestrian team that kicked off an animal-themed issue)—and greater responsibilities—like managing the class correspondents, an incredible group of alumni committed to filling the class notes section with news from their peers. It’s been a fantastic journey, and working on this publication, telling the stories of Dickinsonians past and present, has been a true honor. And the journey continues as I step into the role of editor.

You’ll see some changes in the magazine—some places where we adjust or infuse a new approach. In fact, you may have noticed a change in paper stock with this issue—a shift that’s been discussed for some time. But maintaining the integrity of Dickinson’s award-winning flagship publication is a top priority, for me and for the entire magazine team.

And we want to know what you think! Email or call any time with your thoughts, or draft a letter with pen and paper if that’s your style. And watch for a magazine survey to be making the rounds in August. This is your magazine, so we want to hear from you!