A March to Victory 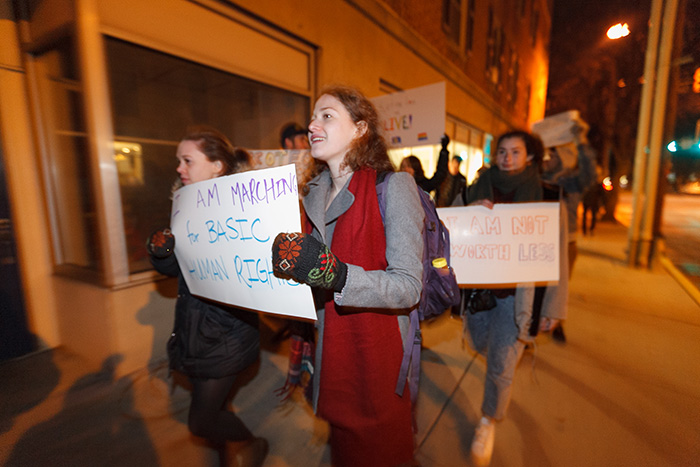 The march from campus to the Carlisle Borough Hall was only a few blocks long, but it made a powerful statement, as roughly 200 students, faculty and staff members turned out to support a human-rights ordinance. Their efforts were rewarded when the Carlisle Borough put the ordinance to a vote.

The Dickinsonians had assembled at the Stern Center for an Dec. 8 peace rally before marching to the Carlisle Borough Hall to attend a borough council meeting. They made up about half of the roughly 400-member crowd that had come to take a stand on the Human Relations Ordinance, designed to foster equality and equal housing and employment opportunity for members of the local LGBTQ community. After months of debate, the ordinance was finally up for vote.

The ordinance had been endorsed by Interim President Neil Weissman in October, and Weissman was among those who spoke out in its favor during a meeting earlier this fall. The Carlisle Borough Council ultimately voted 5-2 to pass it.