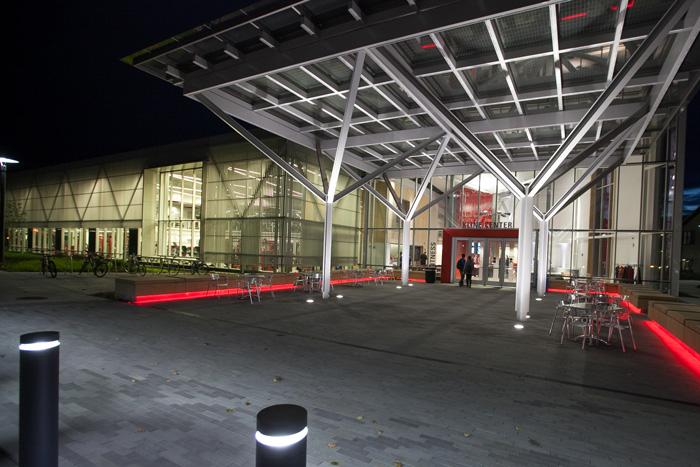 Since its completion in 2014, the Kline Center expansion has garnered more than a couple of accolades. Now the structure is gracing the cover of Athletic Business magazine’s 29th-annual “Architectural Showcase” issue. The issue highlights 61 athletics, fitness and recreation facilities from across the country, and the Kline’s presence on the cover is a testament to the project’s striking, modern design.

“The architectural design of the original Kline Athletic Center, built in 1980, was replicated on university campuses across the country during its era,” the magazine states. “The renovated and expanded Kline Center furthers this architectural legacy, … [announcing] a new era for the building and campus.”

To get re-acquainted with the Kline expansion, take the video tour: