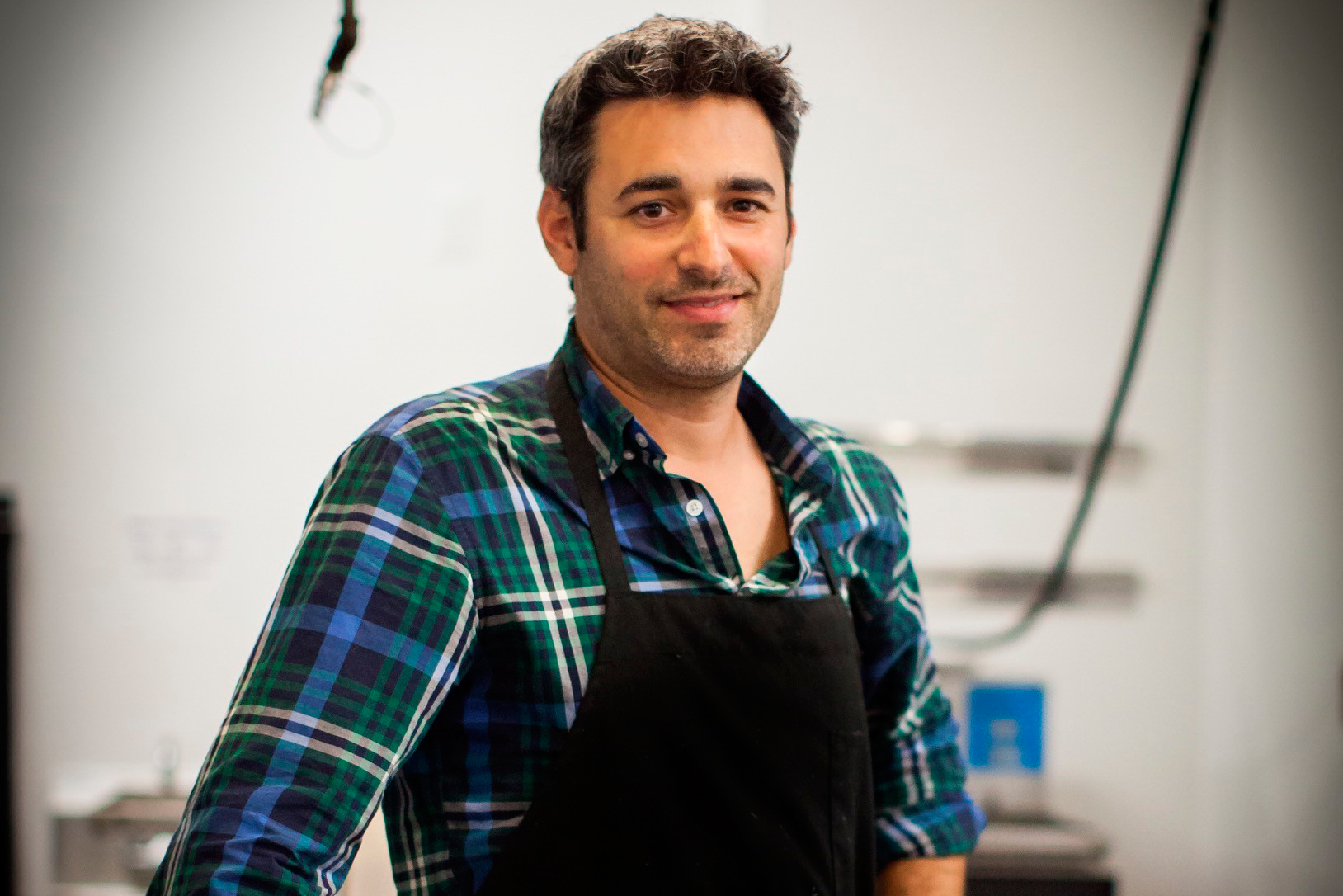 Mystery meat. Fruit in light syrup. Mac & cheese with hot dogs. School lunch staples, right? Not anymore. As society becomes more health conscious, as “organic” and “gluten free” move from buzzwords to imperatives, as new USDA guidelines are implemented in cafeterias across the county, more nutritious fare, and greater variety, is in demand. When his children’s school put out a call for help selecting a new school-lunch vendor in 2014, Bryan MacPhail ’04 offered his expertise. After earning his history degree from Dickinson, MacPhail graduated from the French Culinary Institute in New York City and launched several restaurants in Martha’s Vineyard (more on that later). But in the off season, the family lives in Santa Barbara, Calif., and MacPhail had some time to spare.

“It was great to have time off, but with the kids spending more time in school each year and then discovering that even with increased tee times a career on the PGA Tour was unlikely, I decided I needed to work,” he says, and he dove into researching options for Cold Spring Elementary School. “When I realized there wasn’t a better vendor out there for school lunches, I decided to start something myself.”

So Locally Grown Kids was born and now serves hot, healthy and locally sourced lunches to up to 800 kids a day at six schools in the Santa Barbara area.

“It started as just me and one other person,” he recalls. “Then I got a call from another school and another and another! Now we have a commercial kitchen and a couple delivery trucks, so what started out as more of a community-service project turned into a business.”

While his path to Dickinson followed an extensive family legacy (including father Allen ’69 and uncles Andrew ’76 and Bruce ’73), other things in MacPhail’s life took unexpected turns, like his original endeavors to follow the family path into the sports industry.

After exploring job options in Major League Baseball, “it became apparent that I loved to play baseball more than I loved to watch it every day,” he explains. He worked for CNN covering breaking news in New York, and while he loved the city and the excitement, he didn’t feel fulfilled.

“My mom tells the story of how I would make the family eat at my imaginary restaurant when I was a kid,” he recalls. “I loved being able to create something, to complete a task from start to finish.”

So out of the office and into the kitchen he went, enrolling in an intensive yearlong culinary training course. He and wife Allison “Allie” Butler MacPhail ’05, who runs a successful photography business, set their sights on opening a restaurant and agreed on a quaint corner location in Martha’s Vineyard, where Allie’s family had established retail roots. Nine years later, MacPhail’s Corner Café is thriving, serving traditional Martha’s Vineyard fare like clam chowder and lobster rolls.

But they didn’t stop there. The MacPhails added a pizza shop, Slice of Edgartown, and an ice cream shop, The Scoop Shack.

“It’s 20-hour work days, three crazy months of the year, but I love the creative aspect of it,” MacPhail says. “And every single year, we’re growing, doing something different. The ice cream shop has been ranked No. 1 on the island since we opened, and every year we offer a flavor that goes 100 percent to charity, like St. Jude Children’s Hospital last year.”

Because for MacPhail, it’s also about giving back and supporting his community and his family. “Unless you’re doing something you love, every day you’re waking up wishing you were doing other things,” he says. “Dickinson gave me the freedom to become the person I am today. I’ve done different things and lived different places and I love it. And when our four kids are ready to help out, there will be plenty of opportunities for them.”