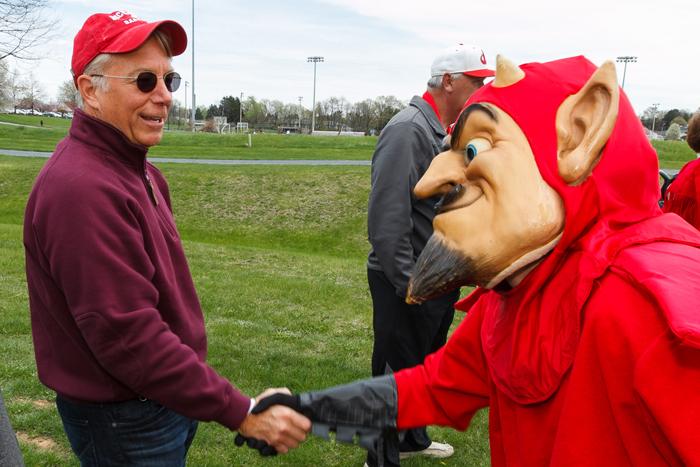 Andy MacPhail ’76 named next president of the Philadelphia Phillies

Andy MacPhail ’76 has been named the next president of the Philadelphia Phillies, a role he’ll take on at the conclusion of the 2015 baseball season.

With the Phillies off track this season, claiming the worst record in Major League Baseball, big moves have been expected, and Ryne Sandberg resigned as manager just last week. MacPhail says he’ll settle into the job and get a feel for the club’s landscape before tackling any personnel decisions.

“I’m going to take advantage of the three months I’ve got to learn everything I can,” he said during the press conference announcing his hiring. MacPhail will serve as a special assistant to current president Pat Gillick for the rest of the current season before taking the reins himself.

A former Red Devils baseball player and American studies major, MacPhail has forged a successful career in baseball upper management, earning Dickinson's 2000 Professional Achievement Award. In his career he also has followed in the footsteps of two Hall of Famers: His father, Lee, was general manager of the Orioles and New York Yankees and president of the American League (1974-84), and his grandfather, Larry, was an executive for the Cincinnati Reds, Los Angeles Dodgers and Yankees.