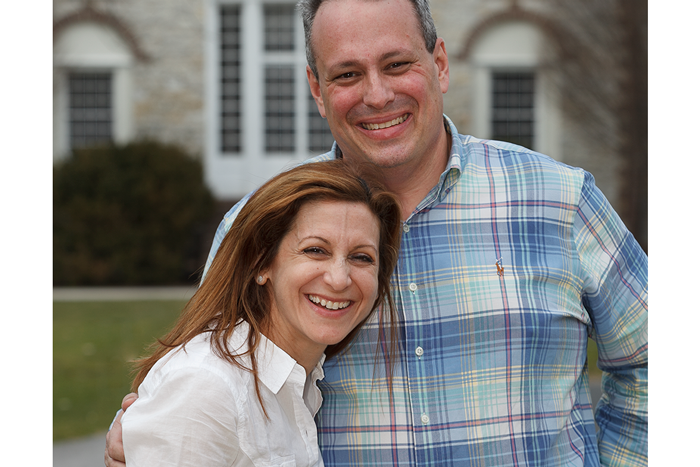 Entrepreneurs take that first step by looking for an unmet need in the world and then founding a business (or two) to address it. Rob Frohwein ’90 has lived for that mission for a long time—although he probably got a jump on it earlier than most.

“I’ve always been or dreamed of being an entrepreneur,” Frohwein says. “As crazy as it sounds, I carried around an idea book when I was 9 or 10. Whenever I saw a challenge, my mind would focus on a solution to the issue.” Now his mind is focused on Kabbage.com, a growing online enterprise that provides loans to small businesses. (A Kabbage subsidiary, Karrot.com is another of Frohwein’s businesses, providing personal loans with the same ease-of-use functionality as Kabbage.)

Frohwein co-founded Atlanta-based Kabbage in 2009, in the heart of the financial crisis that ushered in the Great Recession (Forbes has since named Kabbage to its list “20 Amazing Companies Founded During the Financial Crisis”). The idea was to use all the data flying around online to underwrite loans to help other entrepreneurs get their dreams off the ground—within just minutes.

“In terms of wanting to start the business,” he says, “the entrepreneurial spirit has always been a core part of my being. That’s just what I like to do—implement my ideas, see where they go.” And Kabbage has really gone places: By 2014, the company was funding more than $1 million in loans every day, and by 2015 that had jumped to $3 million daily. Now, with its more than 65,000 small business customers and partnerships with many of the largest banks in the world, Kabbage has provided more than $1.5 billion in total funding and as many as 16,000 loans in a single month, making it the largest online provider of small business loans.

Just looking at those numbers, at Kabbage’s incredible growth rates and success, one might think it’s easy to step out into the world with a new idea and hit it big. Of course, real success never comes easily. “Entrepreneurship is vital to our economy—it drives growth of employment, improvement in quality of life and spurs innovation in others,” Frohwein says. “But it’s not for the weak of heart. Kabbage is, by far, the most dizzying experience I have had.” The stress of it all doesn’t keep Frohwein from seeing beyond his business, and the company gives back, big, to the community through Kabbage Kares, its charitable arm.

“Kabbage Kares is an important part of our culture,” he says. “We have several key values within the company, but the most important one is that each member of our company must ‘Care Deeply’—about one another, the product, the company, the investors and partners and, very importantly, the community.”

So how has success changed Frohwein, who in his previous life was an intellectual property lawyer and led and advised a number of successful businesses? Well, maybe it hasn’t.

“I don’t believe in celebrating the touchdowns during the game,” says the former economics major, who met his wife, Dana Weiner ’89, while at Dickinson.

Dana received her master’s degree in early elementary education from the University of Pennsylvania and taught for many years. She now sits on the board of the school their children attended for years and is heavily involved in the Atlanta community.

“Success is rather binary to me: We either create a compelling, profitable, large and everlasting company, or we don’t. We still have a while to go, and there’s no finish line.”