Closing Thoughts: It Takes a Village, Then and Now 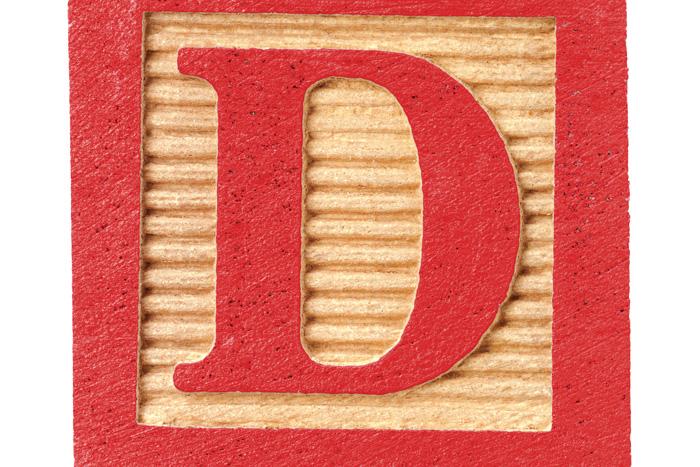 Our sons, born just a few weeks apart, tumble and roll around a third-floor nursery in Nicole’s Philadelphia row house. They’re surrounded by bright and noisy toys, though they continue to zero in on a laptop cord. We read them books, show them how to push a car around, talk back to their babbles. We’re both around the six-month mark of motherhood. We’re used to them being around, but we remain awed.

Nicole Salemno Levy ’03 and I met in 1999 as first-year students living in Adams Hall. She moved across the Dickinson campus in bounds; the same high energy (and a bottomless well of patience) serve her as a parent. A bank examiner and poet, she works tirelessly in the name of economic justice and writes verses full of delicate candor.

Nicole arrived to campus on a mission to make the world better. For me, the arrival to Dickinson was a lot like arriving home from the hospital with an infant: what now?

As with new parenthood, my time at Dickinson was a piecemeal venture. If something felt right, I went with it. My first-year seminar with Professor of Religion Mara Donaldson influenced my declaration of a religion major. Working in the Writing Center convinced me to pursue writing. Hours spent in the Waidner-Spahr Library eventually led to a master’s in library science.

Figuring out my son was a similar process of trying new things and sticking with what worked. He slept best when wrapped in a tight swaddle. He delighted in watching a slowly turning ceiling fan. He was instantly calmed when I put on Fats Domino.

Before giving birth, I was given the firm warning by more than one mom: The days are long, but the years are short. I’m not even a year in, and I see what they mean. On the never-ending early days of my son’s life, I found myself repeatedly checking the clock, anxious for my husband to arrive home so I could get a break. But it got easier. We got more practice with eating and sleeping. My son scuttles across the floor in pursuit of the dog’s tail, and I wonder where my tiny baby went.

A photo of Nicole and me on graduation day, gleeful in caps and gowns, was snapped an unbelievable 12 years ago. Could I have imagined when I arrived to campus on a sunny morning that on a rainy day four years later I would descend the steps of Old West, diploma in hand? During my first finals week, running on nervous energy, spending full days studying and writing, I doubt I perceived how quickly the end would come. The years are short.

We first introduced our boys when they were still fresh and immobile, a day spent at my home in Baltimore lounging with sleeping babies, bouncing crying babies, eating and breastfeeding. In our sleepless haze, we pieced together memories from college.

We talked about the optimism surrounding our undergrad days. At Dickinson, we both found professors—Jim Hoefler (political science) and Andrea Lieber (religion and Middle East studies)—who would serve as mentors and sages. We sought their guidance, shared our ideas, got a boost of confidence. They launched us into post-college life feeling ready and inspired.

Now we ask daycare providers, grandparents and trusted friends for guidance with our sons. We text each other with the worries and wonders of new motherhood. This past winter, my sister and I scrambled to find childcare for our kids on a snow day. “It takes a village,” she reminded me at the end of the conversation. Every morning (usually around 5), I’m launched into my new role as Mom; an entire village propels me.

Of course, there are days where I lose my confidence, unsure where I am headed or what the day (or hour) ahead will hold. Thinking back to the August morning when I arrived on campus, I remember the same jumble of feelings—unsure, yet thrilled. As then, I promise myself I will learn something new each day, piece everything together, rely on my village, figure it out.

Amy Datsko Kuebler '03 works in education and lives in Baltimore with her husband Roman, son Eddie and beagle Penny.