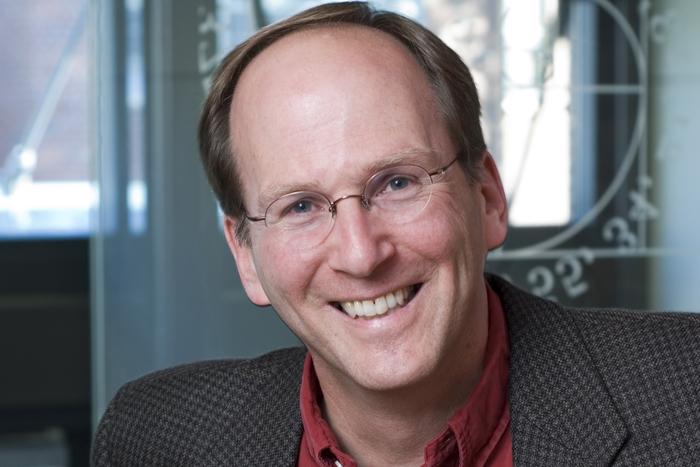 Steven Strogatz, one of the world’s most highly cited mathematicians, will present the 2015-16 Joseph Priestley Award Celebration Lecture at Dickinson, "Synchronization in Nature," Monday, Oct. 12, at 7 p.m. in the Anita Tuvin Schlechter (ATS) Auditorium.

Prior to the lecture, Strogatz, the Jacob Gould Schurman Professor of Applied Mathematics at Cornell University, will accept the 64th annual Joseph Priestley Award. His lecture will introduce the simplest mathematical model of collective synchronization with spectacular examples of synchronization in nature, from rhythmically flashing fireflies to crowds of pedestrians that inadvertently caused London's Millennium Bridge to wobble on its opening day.

Strogatz works in the areas of nonlinear dynamics and chaotic systems, often on topics inspired by the curiosities of everyday life. A renowned teacher, he has blogged about mathematics for The New York Times and has been a frequent guest on NPR’s RadioLab. His wide collection of honors include a Presidential Young Investigator Award from the National Science Foundation; MIT’s highest teaching prize; a lifetime achievement award for the communication of mathematics to the general public; and, most recently, the Lewis Thomas Prize for Writing about Science. He is the author of Nonlinear Dynamics and Chaos, Sync, and The Calculus of Friendship. His latest book, The Joy of x, has been translated into 15 languages.

The Priestley Award is presented by Dickinson in memory of Joseph Priestley, discoverer of oxygen, to a distinguished scientist whose work has contributed to the welfare of humanity. First presented in 1952, the award recognizes outstanding achievement and contribution to our understanding of science and the world. Recipients are chosen by a different science department each year. This year, the Department of Physics and Astronomy chose Strogatz for the award. Previous recipients include Margaret Mead, Carl Sagan, James Hansen and Timothy Gowers.

On Tuesday, Oct. 13, at noon in Althouse 106, Strogatz also will present an additional lecture, "Small-World Networks in Science and Society," over pizza during a joint physics and math colloquium.

Not long after meeting a stranger we are often surprised to discover that we have a mutual friend, or that we are linked by a short chain of friends. Strogatz will present evidence that this phenomenon is more than a curiosity of social networks—it is actually a general property of many networks found in nature and technology, ranging from nervous systems to the power grid and the Internet. He will speculate about some of the broader implications of these findings, such as the spread of infectious diseases, and the identity of the actor at the center of the Hollywood universe—which is not Kevin Bacon.