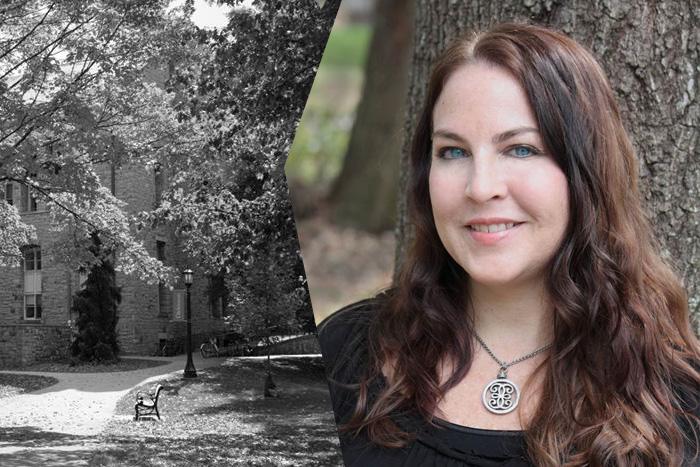 If you've seen the 2015 movie Tracers, starring Taylor Lautner, then you've already tapped into the world of Jennifer Howard '94. English teacher by day, Howard has written two novels in recent years: That Time I Joined the Circus (2013) and Tracers (2015), on which the film was based. Her third book is a middle-grade title called Sit, Stay, Love, and it will be released by Scholastic in February 2016. See what else the former English major has her eye on for the future and what she likes to look back on from her time at Dickinson.

Can you speak to how Dickinson’s useful liberal-arts education applies to your career?

As a teacher, this idea really resonates with me. In education today we’re so hamstrung by the little boxes we try to fit everything into. First you have 50 minutes of history, then 50 minutes of English, and they’re totally separate and you have no idea, really, why you’re studying either of them. I think the true notion of a useful education suggests to us that everything is connected. We study liberal arts for a reason, and that reason is not only to “be educated” but also to learn how to think, to tackle problems across disciplines. In my own world, if I let myself get stuck in just one box I’d never have been a teacher and a writer!

What was your favorite activity or organization at Dickinson?

My favorite organization, one I was so surprised and pleased to be a part of, is Wheel and Chain, hands down. I tend to be more of a backstage than a spotlight sort of person, so the fact that some of my fellow students took notice of what I was doing on campus and invited me to join the blue hats—and stand with those other amazing campus leaders—was a really important moment for me, one I’ll never forget.

Eating raw mussels right out the swamp, in the rain, on Fox Island in the middle of the Chesapeake Bay. This moment from my First-Year Seminar field trip with Professor [Candie] Wilderman [now professor emerita of environmental science] definitely jumps out at me. It’s a great memory now, but the island’s one composting toilet and cold shower powered by someone pedaling a stationary bicycle were a bit of a shock to the system at the time.

Do you stay involved with Dickinson?

I recently signed up for DAVS, though with two jobs I haven’t made it to an event yet. I keep in touch with a lot of my students after they become undergrads, and I will say all colleges are not created equal. I think you’re a Dickinsonian for life, in a way that’s not true for every school—not by a long shot—so that’s why I think it’s so important!

How did you get started writing novels, and what drew you to the YA/kids' genres?

I became a teacher thinking I’d just go ahead and travel during the summers, but clearly I hadn’t done the salary math on that one. So I started buying travel guides and picking out places for my characters to visit. The second book I ever wrote was a YA novel. It just seemed like a natural choice, since after all these years spending every day with teenagers, I still talk like one.

What’s it like seeing one of your books become a movie?

Tracers was a really amazing project to be a part of, and I hope it’s not the last time I’ll be involved in the worlds of both books and movies. I’d actually really love to write something that launches a TV series. I am an unabashed TV fan!

What advice do you have for readers interested in writing novels?

The answer depends on the goal. If it’s to be a commercially successful writer selling novels to publishers, then my main piece of advice is to remember, always, that it’s called the book business for a reason. There’s a lot to learn, and many facets of the publishing world have very little to do with the artistic process in the purest sense. You need to go off by yourself and create, but when you come back to knock on agents’ and publishers’ doors, come ready to work: Research the market, find out the right way to write and send your query letters. And once you get in the door, it’s still a lot of work. There’s a lot of waiting time involved—you’ve got to be patient and hang in there.

I’ll be a classic writer and English teacher and say Jane Austen, but someone please remind me not to spout Emma or Persuasion quotes at her, because that’s got to be annoying, even for ghosts.

I’d like to attach the words “New York Times bestselling author” to my name. I am definitely working on it!