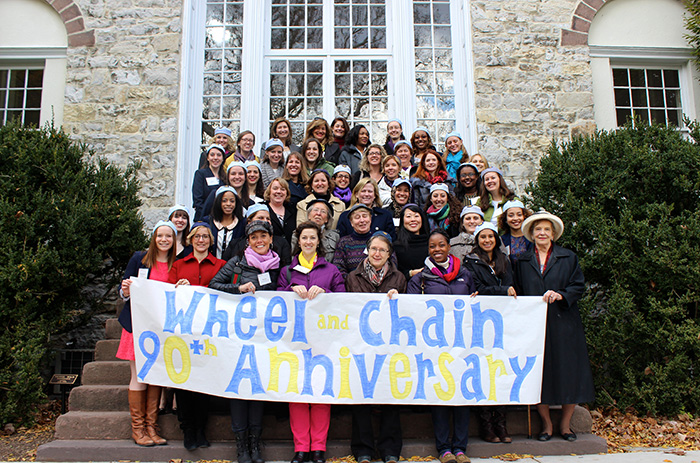 World War I was a fresh memory in 1924, and prohibition was in full swing; women had been granted the right to vote just four years before. Ninety years later, much has changed for members of Dickinson’s honorary society for women—including their iconic blue hats, which have seen a few redesigns over the years. But Wheel & Chain continues to thrive, inspiring new generations of women to excel and lead.

Approximately 60 Wheel & Chain students and alumni gathered on campus last weekend to celebrate that shared history and mission with a 90th-anniversary reception and a Saturday panel discussion.

At the discussion, moderated Roberta Zmuda Greenspan '77, “blue hats” Katharine Bachman '75, Cynthia Hayes Karcher '77, Jennifer Miller '89 and Lindsay Hunt '08 discussed their experiences in business, finance and government, and offered career-planning advice and inspiration to students and recent graduates. The discussions continued during the Sunday brunch reception, as the Wheel & Chain members reflected on their time on campus and the history they shared.

Kimberly Drexler ’15, who helped organize the event, particularly enjoyed speaking with former Deputy Secretary of Agriculture Jane Alexander ’51, the first woman to hold that position. “It was inspiring to meet all of these fabulous women,” Drexler said. “And I feel much more connected to Wheel & Chain and what it means to be a ‘blue hat.’ ”

Fellow Wheel & Chain member Wendy Gómez ’15 agreed. “Wheel & Chain stems from a long line of strong, intelligent and passionate women, and this weekend made me appreciative of the opportunity I have to work with them,” she said, adding that she was struck by the pride each woman felt in her membership and the strength of the women's enduring friendships.

Despite the sweeping tides of change during the past 90 years, Gómez added, Wheel & Chain members' "passion and spunk haven’t changed.” 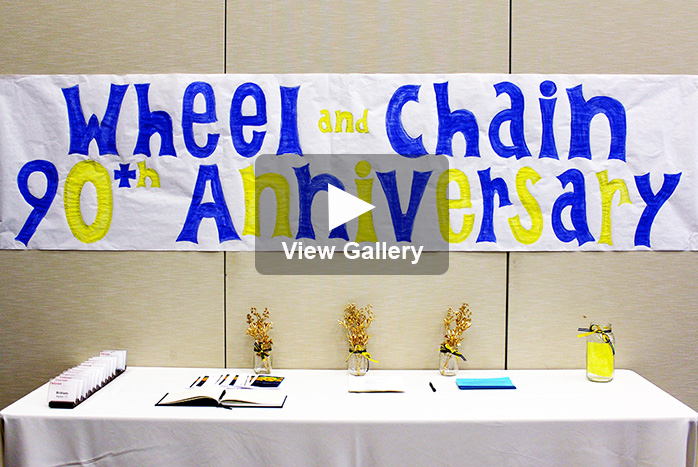