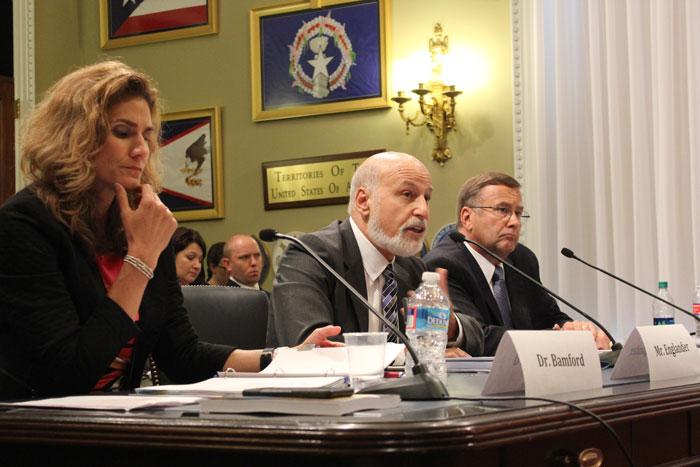 John Englander ’72 (geology, economics) has been getting increasing attention for his explanations of rising sea level, and earlier this year he was invited to testify at a congressional hearing on climate change. He’s also recently given briefings at Yale, the World Bank, the U.S. Navy's Office of Strategic Planning, the U.S. Coast Guard and the Department of Homeland Security. Meanwhile, the second edition of his book, High Tide on Main Street: Rising Sea Level and the Coming Coastal Crisis, just came out. Read on to see what drives Englander and what famous oceanographer gave his interest in ocean science an added boost.

My diverse liberal curriculum was perfect for me. I took a few geoscience courses that aligned with my ocean interests. I also had a focus in economics. My writing skills were honed both in coursework and for The Dickinsonian.

During the 1968-72 period, Dickinson instituted “all-college governance,” largely to thwart the student unrest on other campuses. That provided a very unusual forum that I think was valuable.

How did you get interested in your current work?

I was always interested in “environmental” issues, particularly ocean related. By the 1990s I was concerned about climate change. Spending a few days with ocean pioneer Jacques Cousteau in 1997 really pushed my concern, insight and direction to a new level. On a trip to Greenland to study the melting glaciers, I suddenly had the inspiration to write a book, which became High Tide on Main Street: Rising Sea Level and the Coming Coastal Crisis. While writing it, I realized that my thesis had its origins in my paleogeology course at Dickinson.

I have established a unique niche to interpret the somewhat confusing science about changing sea level and put it into plain language suitable for business audiences, national security, planning, engineering, architecture, etc.

The science changes. There is a lot of disinformation about climate change and sea level. The time frame to see the big picture is beyond 20 years, which is most people’s planning horizon.

A hundred years into the future to see what has happened with sea level rise and climate change and how we adapted.