A Conversation With Ian McEwan 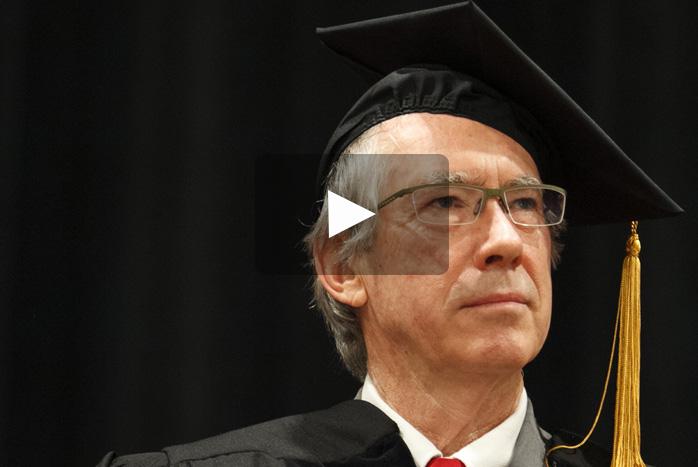 Ian McEwan, the author of such novels as Amsterdam, Enduring Love and Atonement, recently came to Dickinson to deliver the 2015 Commencement address. He also sat down for a conversation that touched on his writing, free speech and the role the Internet can play in the evolution of literature.

Among the hundreds of Commencement speeches given during the last several weeks around the country, Ian McEwan’s rousing remarks regarding free speech have been called out by national media outlets as among the best. Here’s a glimpse of those news mentions (Note that several also applaud the impassioned acceptance speech by Rose Walters Prize-winner Mark Ruffalo.):