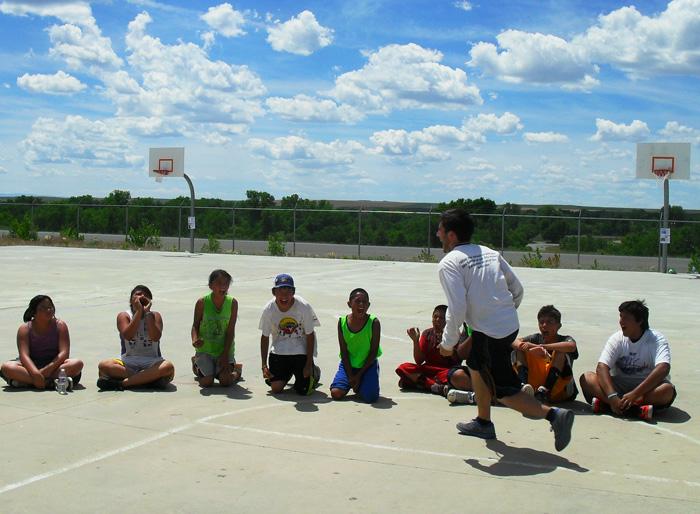 David Dean ’13 lets inspiration take hold of him and turns it into something tangible. While at Dickinson, he created Unity Hoops, the youth education arm of the Center Pole community organization on the Crow Indian reservation in Montana, and M.O.R.E. (Men Overcoming Restrictive Expectations), a student group that creates an environment supporting men in who they are instead of who society might tell them to be. Now that he has graduated, the former political science major and Baird Sustainability Fellow is still involved in both, and he’s eyeing the future—his own and his organizations’.

I am currently working on two projects that began during my time at Dickinson. I am the director of Unity Hoops, where, in our youth programs, we integrate basketball, a wildly popular sport on the reservation, with a social-justice-centered academic curriculum. We strive to create healing in the lives of Crow Indian youth from traumas of the past and present and to empower them to lead a movement toward a just future for their people.

Additionally, after hearing of the good work that has taken place at Dickinson, Wesleyan University and Haverford College recently began developing their own campus chapters of M.O.R.E. This news inspired us to create the M.O.R.E. Campus Network, a collaborative association of all current student groups, and a soon-to-be-released online resource database filled with our curriculum and philosophy to help even more chapters get started.

We'll soon be launching a new Unity Hoops program called Pathway to College, through which we’ll build relationships with a group of high-school students over multiple years and help them walk forward on a road to and through college—while also preparing them for a lifetime of investment in their community.

In each of these projects, I have had opportunities to facilitate an educational process that empowers young people to love and accept themselves exactly as they are and to become activists in their communities. It's in these things that I've found the most fulfillment and joy.