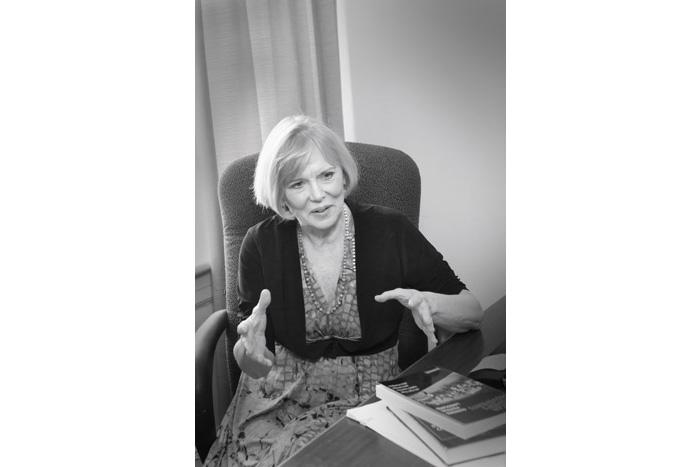 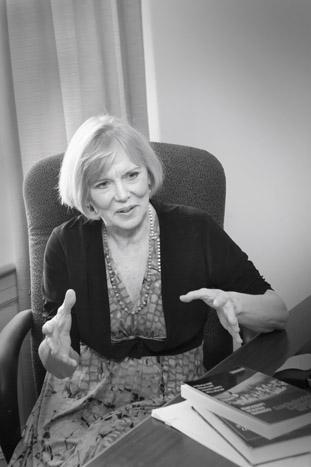 
Sharon Davie ’68 is a storyteller. Her voracious appetite for reading as a child led her to earn three degrees in English, author a number of poems and essays and teach dozens of literature courses at Kenyon College and the University of Virginia (UVA).

Davie is also an activist. She witnessed gender inequity early in her career: in academia, in literature and in everyday life. As an educator, as founder of the women’s studies program and founder and director of the Women’s Center at UVA and as a documentarian, she has seen how women struggling to find their voices often are forced to suffer in silence. Davie has chosen to give those voices megaphones.

Davie attended graduate school at UVA only a few years after the university had become fully co-educational in 1970, so she was one of the few female students in her field. Female faculty members also were scarce, and her doctoral courses on 20th-century literature were almost devoid of women authors.


“It wasn’t until I was at Kenyon for my first teaching job that I realized the impact of having been taught by all male professors and being taught so few women writers,” she recalls. “At the end of that first year of teaching, one of my favorite students wrote at the end of her final exam, ‘Were there really only two women writing in the 20th century?’ I’d been teaching only what I had been taught! That totally woke me up.”

So Davie started a reading group focused on modern and contemporary women writers. The first group included fellow faculty members, community members, even “the man who ran the laundromat,” she says.

The next semester, as the only woman in the English department, Davie taught the first women’s studies course at Kenyon, to the chagrin of some other faculty members.

“There was one professor in particular who just did not think women belonged as educators,” Davie recalls. “I remember sitting in a departmental meeting and listening to this person tell disgusting jokes about women’s genitals. Here I am, a very young, new faculty member, and I’m somehow fair game for being made to feel uncomfortable and insulted.”

Davie finished her third year at Kenyon, and, even though she was on a tenure track, she decided to take some time off to write. When she was ready to return to teaching, she found a home at UVA, where she taught contemporary and modern women writers, as well as 20th-century fiction and modern drama.


As she was one of the few faculty members at the university teaching courses focused on women, her students began flocking to Davie for help, whether seeking an advisor for an in-depth interdisciplinary thesis on Virginia Woolf, an enactment of a play by Ntozake Shange, or a women’s arts festival. In 1980, Dean of the College of Arts and Sciences Robert Kellogg asked Davie to establish a program in women’s studies.

“The whole process was very exciting,” she says. “Women’s studies faculty members were only just beginning to know each other, primarily through a Women’s Studies Committee set up the year before. So the first task was establishing a close community of women’s studies faculty and students. Part of what we were doing, too, was curricular transformation, in departments that were ignoring women and gender in their courses. We wanted to move the faculty into seeing that there’s another lens through which you can see every discipline.”

Davie received a Ford Foundation grant for curriculum transformation and laid the groundwork for the vibrant Women, Gender, and Sexuality Program that exists at the University of Virginia today.

As women’s studies programs began sprouting up across the country in the ’70s and ’80s, so too did women’s centers, which Davie began to explore.

She also was serving on a task force exploring the status of women at UVA, and 28,000 students signed a petition demanding a women’s center on campus. The task force asked Davie, given her experience and interests, to travel to different women’s centers around the country and determine what models and methods might work for UVA. So when the recommendation to establish a women’s center was made, Davie was a logical first choice as the founding director.

“I was the center’s first and only employee for a while. Since then we’ve grown considerably!” she says, noting that the center is celebrating its 25th year. With great pride evident in her voice, she describes the 33 interns breathing life into the center each year; the Women’s Center’s strong Counseling and Psychological Services, which includes a Trauma Counselor who sees students who have experienced violence like sexual assault; the Body Positive initiative that is combating eating disorders in innovative ways; the global and local leadership programs for both women and men; and so much more.

Not long after becoming director of the center, Davie received a phone call from a student survivor of a serial rapist. She wanted to talk to Davie about how important she felt it was for survivors to be able to tell their stories.


“She was talking so articulately and passionately about survivors being listened to and heard. When I got off the phone, it’s like I was struck by lightning. I thought, ‘What about when you don’t even speak the truth to yourself?’ And I suddenly remembered — unburied, really — being assaulted by a gang of men when I was in college. The whole thing came flooding back. There was something about the anguish in her voice that made the story of her experience open up this incredibly important thing in my own life.”

Davie continued with new vigor to find ways to ensure others were empowered to find their own voices, often through women’s center programs. After she attended an international conference in Uganda, she began gathering the stories of women in other countries like Kenya and El Salvador, discovering grassroots women activists who are doing work that is transformative in their impoverished communities. Named a Fulbright Special Scholar, she also served as a consultant for faculty planning a new African Women’s Studies Ph.D. program at the University of Nairobi.

“My projects in Kenya and El Salvador are not only about violence against women and other severe problems, but are more centrally about what women are doing to change that reality in these and other countries,” she says. “It’s about women working in transformative ways. Their stories are so important, and the writing I’m doing is in part telling a story about them, but that includes these women telling their own stories in their own words. It brings my love of literature and women’s studies and activism all full circle.”

So what is next for this storyteller, activist, educator, mentor, survivor and trailblazer?

“In a recent workshop, women’s center staff asked: what would the future look like if there were no need for a women’s center?” Davie tells me. “It would be a world with no violence, a world where women make as much money for the same job as men, a world where men value raising their children as much as women do, a world where many women are presidents of their countries. Let’s imagine the world we want, start working back from there.”