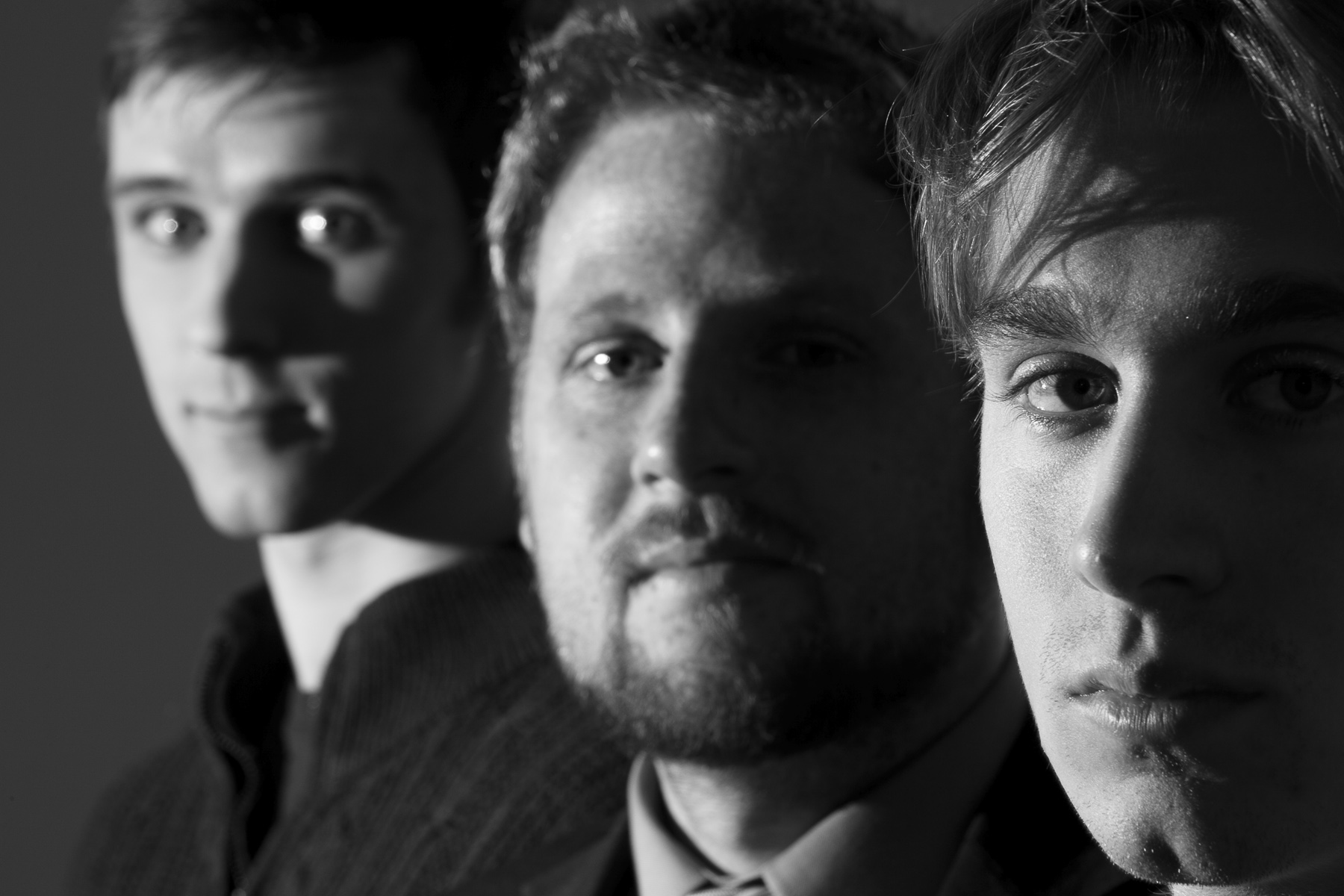 Music majors (from left) Stephen Reale, David Cochrane and Alex Strenta, all members of the class of 2014, presented a concert of original works. Photo by Carl Socolow '77.

In August 2009, they were new acquaintances with a shared love of music. Today, they are more than just friends—they’re artistic collaborators who have ventured into new musical territory.

The class of 2014’s David Cochrane (music, Russian), Stephen Reale (music, neuroscience) and Alex Strenta (music) were jointly awarded the 2014 Weiss Prize, which funds the production of a creative work by a student or students studying music, art, theatre, dance or creative writing. Their Weiss-funded concert featured two original compositions on a related theme and was led by the first music major in Dickinson history to graduate with a concentration in conducting.

“We’d been talking about collaborating for a couple of years,” says Reale, who had written a multimovement, a cappella work as part of a composition class and challenged Strenta to write a complementary instrumental piece, with Cochrane conducting. “We put a lot of emotion and effort into this,” says Reale, “so presenting this concert together as seniors is awesome.”

The concert, staged in April, was titled Night and Day, a reference not only to the theme of the works, but also to the composers’ diametric styles.

Reale’s piece, an atmospheric vocal setting of Clark Ashton’s “The Summer Moon,” traced one person’s experiences through the course of one night. His process was highly intuitive. “I felt my way through—it’s a matter of, ‘I like the way that sounded,’ ” he explains. “The ideas just came spilling out.”

“I start with the structure,” says Strenta, who wrote a poem about the course of one day and used it to guide his music. “And when I have an idea, I have to mull it over for two weeks—it’s a grueling thing.” In contrast to Reale’s piece, which is experimental, Strenta’s early sketches were deeply rooted in Mozart and Bach.

When they relinquished their scores to Cochrane, Reale and Strenta didn’t know exactly how the pieces would sound live, or how Cochrane would interpret them. In the past, they’d conducted their own compositions. And Cochrane, like all conductors presenting premieres, had no previous scores or performances of the works to reference, so like the composers, he started from scratch. After poring over the scores for weeks—interpreting, and hashing out details, like where the singers should take a breath—he gathered the student-musicians, and they got to work.

“In the beginning of rehearsals, the conductor is like a construction worker—you’re building a foundation with the musicians—and in the end, you refine it,” he explains. “With Alex’s piece, it was about dynamics. With Stephen’s piece, it was all about the tone and how to get the singers to really emote.”

After hearing the music performed, Reale and Strenta worked with Cochrane to tweak the scores as needed. Strenta, ever a perfectionist, changed the fifth-to-last note during the last week of rehearsals, so the ending had the right punch on concert night.

Both composers were thrilled with Cochrane’s results. “My score might say, ‘I need you to spit this out disgustedly while sliding downward and whispering,’ and David is the sort of middle man who can take that direction and understand what it is that I’m hearing in my head,” Reale says. “The imagined score matches the reality.”

Looking back, the musicians are proud to note that the project was entirely student-produced and performed. “It’s been a really cool experience, and it reflects the path of the music department in general—the professors get us to perform at a certain level, and then they just say, ‘go,’ ” says Cochrane, who will pursue a master’s in conducting at the University of South Carolina next year.

Strenta likens the effort it took to produce the concert—and the friendships that were strengthened along the way—to his experiences with the track & field and cross country teams.

“You prep for a race for months and months of boring miles and hard workouts, and there’s a lot of struggle. It doesn’t go well 100 percent of the time,” he says. “But on game day, all of the work is worth it. You realize, ‘I can do this,’ and you can go forward with that in your back pocket. You know that you’ll be able to handle any challenge that comes up.”