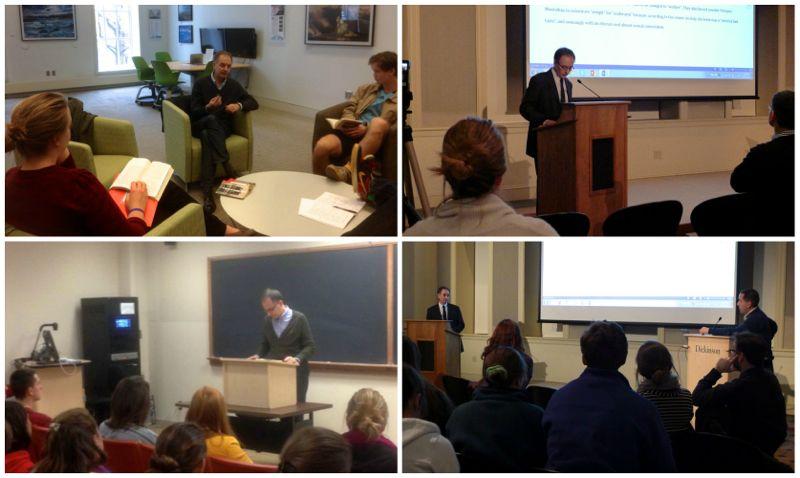 During the Fall 2014 semester, Spanish novelist Antonio Soler was the Writer-in-Residence for the Spanish and Portuguese Department.

Antonio Soler is the author of eleven novels. He has also published thousands of opinion articles in Diario Sur and El Mundo. He has been awarded several of Spain's major literary prizes, including the Nadal Prize for his 2004 novel El camino de los ingleses (later a film directed by Antonio Banderas, for which Soler himself created the screenplay), the Premio Primavera in 1999 for El nombre que ahora digo, and the National Critics Prize in 1997 for Las bailarinas muertas. Soler was a Dickinson Writer-in-Residence in 2000 and returns fourteen years later to continue work on his twelfth novel.

Throughout the fall semester, Soler had been working closely with Prof. Mark Aldrich's advanced Spanish class, "Spanish Literature of the Transition (1968-1998): Encounters with the Imagination and the Other" as  students studied Soler's works along with others from Spanish literature.

On Thursday, November 13, 2014, Soler lead a discussion entitled "En torno a mi proceso creativo: orígenes y trayectoria de Lilí." He read his short story "Lilí" and then discussed it in the context of his creative process.