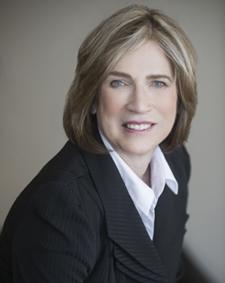 Dickinson recently appointed fundraising executive Marsha Ray as its vice president for college advancement. In this position, she provides strategic leadership and oversight for all areas of advancement, including alumni and parent engagement, leadership giving, planned giving, research and corporate, government and foundation support. Ray previously held concurrent roles as vice president of institutional advancement for the Community College of Philadelphia and executive director of its foundation.

"What impresses me most about Marsha is her ability to think strategically, her enthusiasm for the liberal arts and her reputation as a person who builds relationships and philanthropic cultures," says President Nancy A. Roseman.

Ray's previous leadership positions include associate vice president for campaign programs and development at George Mason University, where she served as the senior administrator of a multiyear $300 million campaign; associate dean for development at Temple University, where she directed a $35 million campaign for the college of liberal arts; and major gifts officer at the University of Pennsylvania.

Ray received her bachelor's degree from Ohio Wesleyan University and a certificate in business administration from The Wharton School at University of Pennsylvania.