It's Easy Being Green 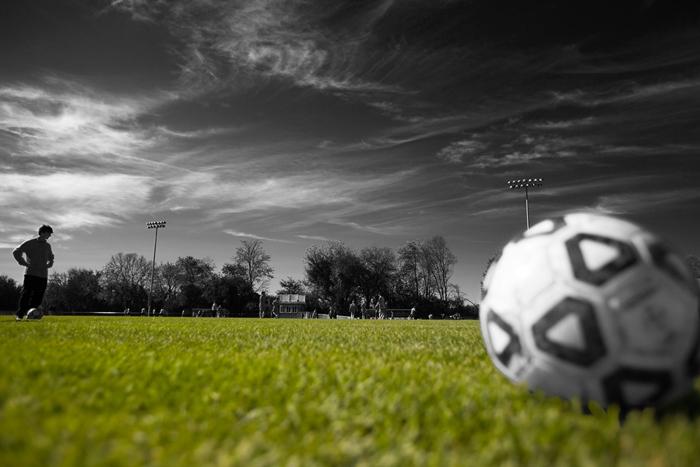 The University of Pennsylvania came up with a great idea: It's called the Pennsylvania Collegiate Green Sports Consortium (PA CGSC), and it recently launched in collaboration with the Natural Resources Defense Council (NRDC), the leading environmental advisory group to all professional sports leagues and the Ivy League athletics conference.

What the PA CGSC is doing is gathering Pennsylvania colleges and universities to push for more sustainable practices in collegiate sports through Athletics Eco-Reps, so it won't come as a huge surprise that Dickinson was one of the eight schools asked to join as a founding member.

"I volunteered to do it because of the importance of such a national movement as greening athletics," says Dina Henry, head women's basketball coach and advisor to Dickinson's program participants. "Athletics brings together people from all walks of life, so athletic events and teams have the power to bring about great change."

Patching a hole and merging bubbles

Also interested in bringing about that change is Megan Layman '16, one of Dickinson's new Athletics Eco-Reps, who played for Henry last year and who sees athletics as a small, patchable hole in Dickinson's sustainability picture.

"Athletics is sort of in its own world," she says, "and it really hit home for me, because I've been an athlete all my life and have always thought of the whole Dickinson campus as being sustainable, and then I started to realize that there needs to be some work done on the athletics facilities."

"The lights at the soccer field are the most efficient on the market," says Ken Shultes, associate vice president for campus operations and director of facilities management, "and both the Durden Athletic Training Center and the Kline expansion are going for LEED Gold and therefore have a large list of sustainable attributes." (The Kline Center, in fact, was originally constructed with such sustainable elements as a stormwater-detention system and solar thermal panels on the roof.)

While these steps go a long way toward a sustainable athletics picture, senior Rachel Williams, who swims for the Red Devils squad, sees work to be done in creating an environment in which varying groups can work toward the same goals regularly.

"I'm on the Center for Sustainability Education steering panel," says Williams, "and it's apparent that there are bubbles on campus between interests, and they're kind of hard to merge. Athletics and sustainability are two great examples."

Part of merging those seemingly disparate bubbles is a top-down approach, getting coaches involved as continual voices of sustainability across the ever-changing faces of Dickinson's teams.

When Williams and Layman talk about the Athletics Eco-Rep initiative, the word "simple" comes up again and again: "Very simple things that can make a big difference," says Layman, and Williams echoes, "A lot of these changes are just so simple."

One such simple change, adding recycling bins pretty much everywhere, has been an early initiative. But bigger moves are coming, such as making home games and meets zero-waste events.

"We'd like to see the paper programs go away," says Williams, citing a plan to create electronic versions of programs instead. "It would just make a lot of sense." Long-term, they'd also like to see the concession stands at each sporting venue—Biddle Field, the new soccer complex and Dickinson Park—become zero-waste and also have water-bottle-filling stations at each.

For everyone involved, though, it comes down to more of a shift in mindset than a checklist of goals.

"Taking that step and creating this ideology takes a lot of work," says Williams, "but, really, at Dickinson, it's already here."