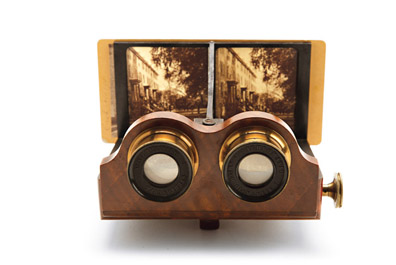 A prayer wheel, a Three Mile Island board game, field glasses swiped at Waterloo, an AtariLab module and all sorts of oddities and orphans

"Welcome, ladies and gentlemen, to an assemblage of the most strange and wondrous things from the collections of Dickinson College."

Thus beckons the sign introducing the Curiosities: A Collection of Hidden Treasures exhibit in the semicircular space at the far end of Archives & Special Collections. The exhibit was inspired by Charles Willson Peale’s American Museum, which was the first public space to offer an eclectic array of seemingly unrelated artifacts. Peale, as it turns out, had a Dickinson connection through his great-grandson, Charles Coleman Sellers, college librarian from 1956 to 1979. Abby Decker ’13 (medieval & early modern studies) and Caitlin Moriarty ’13 (political science and Russian) co-curated the exhibit.

Decker and Moriarty scoured the depths of the college vault and storage spaces to compile the most interesting and unexpected. The 10 exhibit cases, each of which follow a particular theme, such as “Games and Sport” and “Magic and Mystery,” offer a little something for everyone—from footwear to teacups, tiny tomes to relics of war. The students also guided the aesthetic feel of the space, utilizing a green-and-gold scheme and damask print that hearken to their 19th-century-era inspiration, and wrote all of the descriptions (reproduced on the following pages) accompanying the objects.

“One of my favorite things about this exhibit is that most of these objects would not fit into an exhibit on anything else,” says College Archivist Jim Gerencser ’93. “They are bits and pieces with individual stories, but they don’t usually fit into a theme. This was a wonderful way to be able to bring a lot of interesting pieces together. When ‘eclectic’ is your theme, the sky’s the limit.”

The exhibit runs through June 2015. Meanwhile, we’ve pulled some of our favorite items to share with you, curious readers. 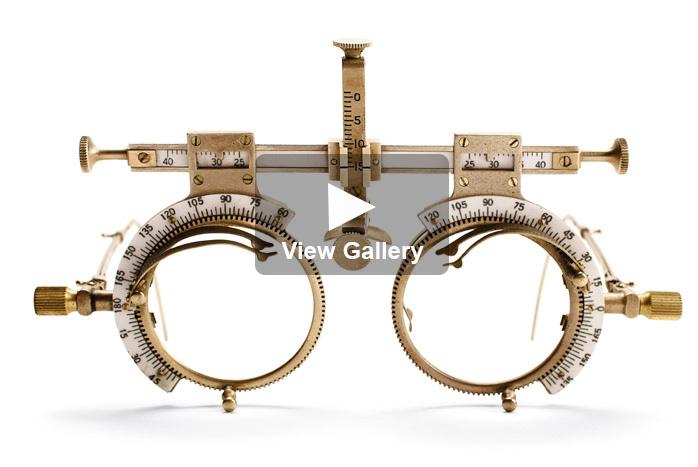