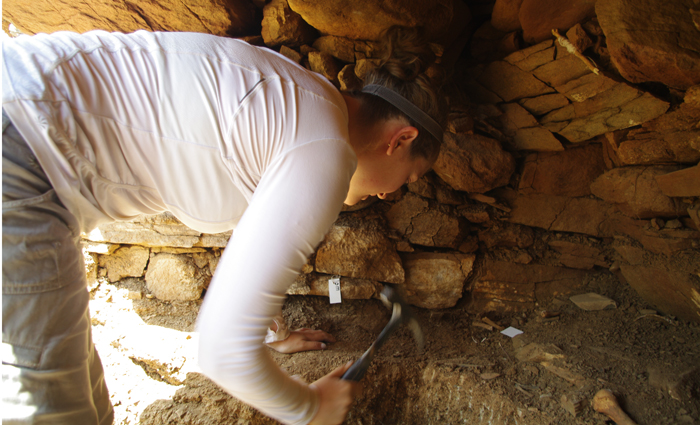 Allison Cuneo ’07 was in a senior in high school in April 2003 when news broke about a four-day looting spree at the Iraq Museum in Baghdad, an institution said to be the only one in the world documenting ancient advancements in language, writing, technology, art and architecture, all under one roof.

“My family was talking about it at the dinner table one night, and something about it just fascinated and horrified me,” she recalls. “It was the idea that these tangible links to ancient history—to civilization—existed, and that these artifacts, which were a part of living culture, could just be lost.”
That conversation sparked a passion that would lead her to study archaeology at Dickinson. Today, Cuneo is involved in two high-profile projects that pull together her interests in the intersections between artifact and present-day culture, including one sponsored by the U.S. Department of State. 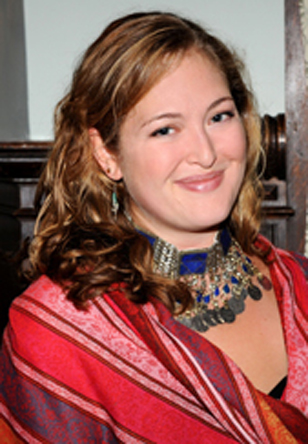 A Mary Dickinson scholar and recipient of the 2007 John David Wright III Memorial Prize, Cuneo chose Dickinson on the basis of the college’s interdisciplinary archaeology program, one of few in the country. She majored in archaeology and classical studies with a concentration in ancient Greek and a minor in art & art history; she also studied Arabic and Middle Eastern cultures, worked as a resident advisor and as a teaching assistant at Dickinson’s archaeology lab and curated an exhibition of cultural Near Eastern artifacts at The Trout Gallery as part of an art-history internship.

During the summer of her junior year, Cuneo applied what she'd learned in classes and labs to two overseas dig sites, first conducting field research through Dickinson’s program in Mycenae, Greece, and then in Durham, England, as part of an excavation run by the classical-archaeology program.
“Studying abroad was an amazing experience, because I’d been studying the ancient cultures from so many angles, and I was finally able to be there and experience them in person, digging in the dirt,” Cuneo says. “And I kept going back.”

Cuneo’s first post-graduation trip to Greece was as a Dickinson research assistant—a position that gave her a chance to use GIS technology to organize and analyze data from the excavation and to teach excavation and research basics to current students. Next came a return trip to Greece, this time to work as an archaeological surveyor and geophysical technician/researcher, and in the few years since, Cuneo has jetted to excavation sites in England, Spain and Israel, gaining more experience and responsibility with each project.
In between trips, Cuneo completed a master's program in archaeological heritage management. She's now enrolled in the Ph.D. program in archaeology at Boston University, and is preparing a dissertation on international cultural- heritage-management policy and law, including the effects of U.S. military presence on Middle Eastern cultures. She has delivered nine talks and published an academic paper on the topic.
Her current work with the Mosul University Archaeology Program (MAP), which is sponsored by the U.S. Department of State as part of the University Linkages Program, brings all of her previous experience into play, as she helps develop an interdisciplinary curriculum for an archaeology department at a university located in one of the hardest-hit areas of the Iraq War.

From the ground up

The idea, Cuneo explains, is to create a revitalized archaeology/architecture curriculum that addresses the issue of heritage management during conflict through the lenses of cultural studies, history, international studies and archaeology.
She has taught MAP workshops for faculty members at Mosul University and for other professionals in Iraq and Iraqi Kurdistan. She also has written courses in post-excavation and heritage management, excavation methodology and archaeological survey techniques, which can vary from country to country. This winter, she’s organizing a cultural-exchange trip to the U.S. for Mosul University archaeology faculty and administrators.
“The university’s program was stalled because of the war, so we’re working from the ground up,” she says.
Cuneo also is involved with the Rowanduz Archaeological Project (RAP), the first American excavation and survey project permitted to be held in the Soran, Iraqi Kurdistan region. Through RAP, Cuneo works with the Kurdistan Regional Government’s general directorate of antiquities to assist with two emergency excavations, including one at a settlement that had been burned to the ground.

Speaking just a few weeks after her return from Iraqi Kurdistan, Cuneo is working on her dissertation before jetting off again. It's a hectic schedule, but she wouldn't have it any other way.

“The travel schedule can get a little intense, and it’s interesting, because each country has different [excavation] methods,” she says. “But I love it, hands-down. It’s fascinating work. I’ve learned so much, and I’ve gotten to see a bit of the world.”