Each year, eminent musicians visit campus to present in-class lectures, demonstrations and master classes and to collaborate with students in the Dickinson music program. The weeklong residencies culminate with a concert or concerts. When applicable, the professional musicians perform works by student composers; students also perform visiting composers' works. 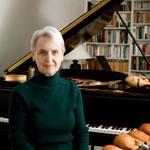 Described by The Washington Post as "one of the most inventive composers working in America today," Elizabeth Vercoe has had a long and distinguished career marked by national and international accoloades and performances of her work by esteemed ensembles, orchestras and chamber orchestras.

Notable performances of her works include those by the Berkshire Symphony Orchestra, the Women's Philharmonic, the Aeolian Chamber Players, the Memphis Chamber Orchestra and the Pro Arte Chamber Orchestra. Venues include the Goethe Institute in Bangkok, the Marblehead Festival, the Amalfi Coast Festival, Carnegie Recital Hall and the Salle Cortotl. She has received grants from the National Endowment for the Arts, Meet the Composer, and the Massachusetts Arts Council and fellowships from the Cité Internationale des Arts in Paris for three separate residencies in France. 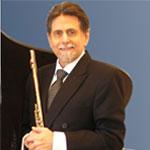 International performer and recording artist Peter H. Bloom is a distinguished soloist and ensemble flutist whose work has been hailed by The Boston Globe as "a revelation for unforced sweetness and strength."

Bloom's jazz and chamber music has been captured on 30 CDs with distribution throughout North America, Europe and Asia.

A recipient of the Noah Greenberg Award of the American Musicological Society, Bloom is a member of the Ensemble Chaconne (period music), the Olmsted Ensemble (chamber music), the New Mendelssohn Quintet Club, Columbia's Musick and several jazz ensembles, including the Aardvark Jazz Orchestra. 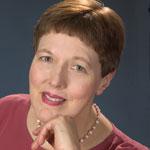 Dubbed by The New Yorker as "a Handelian of crisp accomplishment," mezzo-soporano D'Anna Fortunato is a lauded operatic artist and orchestral-concert vocalist and professor at the New England Conservatory of Music. She has devoted much of her professional life to the study and performance of the works of Handel and Bach. 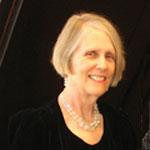 Mary Jane Rupert is a double-threat musician, having performed nationally and internationally as harpist and pianist. As pianist, Rupert has performed with symphony and chamber orchestras in noted venues across the globe, from Carnegie Hall to the Beijing Concert Hall. As harpist, she has collaborated with the Boston Philharmonic, Louisville Symphony Orchestra, Boston Classical Orchestra, New England Philharmonic, among others.

Rupert performed as a soloist at the American Harp Society's national convention (1994) and has recorded under the North Star and Harmony Hill labels.  She has taught on the faculty of Tufts University, Wellesley College, Boston College and MIT. She also has taught music at Oberlin College, Indiana University and Western Michigan University.