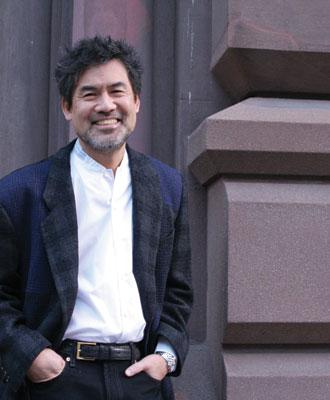 American playwright/screenwriter/librettist David Henry Hwang is a distinguished voice in contemporary American theatre, film and television, best known for his complex portrayals of the ways in which Eastern and Western cultures mingle and collide in modern-day America.

Hwang made his debut at the New York Shakespeare Festival in 1980, but it was his 1988 sensation "M. Butterfly"—a Pulitzer finalist and Tony Award winner—that catapulted Hwang to international fame (it was made into a movie in 1993). His 1997 and 2008 plays Golden Child and Yellow Face each garnered OBIE awards; "Yellow Face" also was Hwang's second Pulitzer-nominated work. His most recent theatrical production is " Chinglish," voted one of the year's best by Time magazine.

The recipient of the 2012 Harold and Ethel L. Stellfox Award, Hwang visits Dickinson as part of the Stellfox Visiting Writers and Writers Program; past recipients include Robert Frost, Ian McEwan, Rita Dove and Edward Albee. While on campus, Hwang will visit classrooms and hold workshops and give readings.