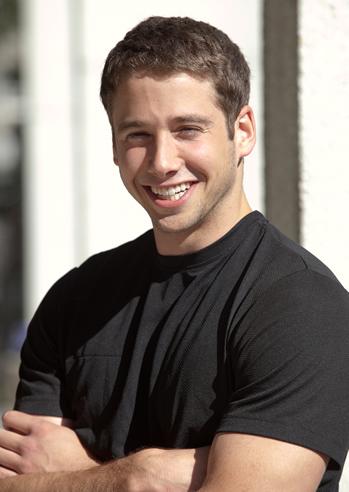 “To me, leadership has been about developing comfort in the role and gaining confidence,” says service-trip leader Josh Handelsman ’12, who deferred Yale Law School to join Teach for America. “You have to be flexible and honest about what you know and don’t know. The more open I am, the better things turn out.”

by Fabiola Cineas ’12
April 18, 2012
“To me, leadership has been about developing comfort in the role and gaining confidence,” says service-trip leader Josh Handelsman ’12, who deferred Yale Law School to join Teach for America. “You have to be flexible and honest about what you know and don’t know. The more open I am, the better things turn out.”

Joshua Handelsman ’12 has constructed the vital link between learning and leadership—service. The native of Durham, N.H., had never been on a service trip before attending Dickinson but was always intrigued by volunteerism. “I first heard about service at Dickinson during my first-year orientation,” he recalls. “I thought getting involved with service would be a great way to meet like-minded people.”

Within a few months, Handelsman traveled to Washington, D.C., with a team of Dickinson students to work in a food pantry and deliver meals to terminally ill community members. “I quickly learned how eye-opening and fun service trips are,” he says. “After my first trip I kept applying.”

Handelsman has participated in a total of 11 trips during his six semesters on campus. This excludes his trip to Senegal in the summer following his first year, in which he assisted a Senegalese medic who treated abused children and taught introductory-level English to children and adults at a free summer school. He also mentored and tutored children in a Catholic home for boys in São Paulo, Brazil, during a semester abroad his junior year.

Handelsman’s first position as a service-trip leader was during a spring break trip to New Orleans. “It has been my most meaningful trip,” he says, noting that the experience shaped his understanding of service. “There was just something about it being my first extended trip, and I got the chance to work on a home. We started working on the house on that trip, and I got to finish it on another trip a year later. I got to know the homeowner really well.” Discovering early on that change was the product of true learning, Handelsman sought to learn more about the impoverished communities he traveled to.

“Josh has been instrumental in the development of service trips at Dickinson,” says Mira Hewlett, director of religious life and community services, who has worked with Handelsman for all three years of his service trips. “Josh helped transform our trips from being less about location to being more about themes such as hunger, disaster relief or urban revitalization that truly speak to the issues you will meet on the ground.”

Handelsman’s diligence also improved the rapport among service-trip groups—instead of competing with one another over spring break, they became a supportive unit under the mantra “Eat, Sleep, Serve, Repeat.”

A signature moment of Handelsman’s leadership, Hewlett recalls, happened when a co-service leader was injured on a trip to Guatemala. “Keeping everyone calm about the situation was very important,” she says. “Josh understood this, was very mature and managed to assure everyone that everything was OK. He facilitated trouble-free travel back to the States.”

Handelsman asserts that Dickinson’s learning environment fostered his curiosity and ambition to help others. The political science major’s studies have repeatedly given him the occasion to apply what he has learned inside the classroom to what is going on beyond it, he says.
For example, his research with the political-science department at Yale University last summer addressed the impact of regulations on women’s advancement in the private sector. He also conducted research on Japanese politics and marital-rape laws.
And as a member of Dickinson’s Mock Trial team, Handelsman learned as much about working on a team as he did about the courtroom and trial procedure.

“Mock Trial is a competitive activity that draws talented, bright and sometimes strong-willed students,” notes Doug Edlin, associate professor of political science and coach of the Mock Trial team. “That creates pressure and, occasionally, a little tension. Josh always helped people to relax. Josh is himself, all the time. His sense of humor and his easygoing, laid back and slightly absent-minded presence helped people to remember that Mock Trial is also a lot of fun.”

“I am not a part of Mock Trial for the competition or to necessarily improve my public speaking,” Handelsman says. “The people I met, my team mates, are my best friends, and the team has been a big part of my Dickinson experience.”

Leadership is not about being right but about solving problems, says Handelsman, who deferred Yale Law School for two years to teach high-school social studies in New Mexico through Teach for America. New Mexico ranks near the bottom in the country for K-12 education, and Handelsman, motivated by poverty and education inequity, is eager to assume his teaching position.
“Teachers have had a big impact on my life, and teaching is the most immediate way for me to make a big difference at this point in my life,” he says. “It will be valuable work.”

“The balance between Teach for America and law school makes sense,” adds Hewlett. “There is a need for policy and reform, and he is attacking issues both ways—helping students who are currently in unfortunate situations in the short term and then working on systemic problems through learning about the law for the long term. That’s who Josh is.”