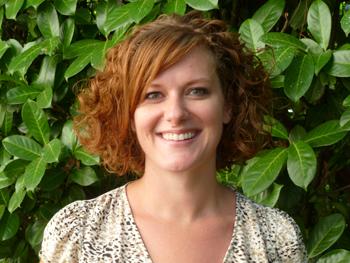 Adventure, romance and reality combine for a fulfilling life abroad

When Laura Long Raynaud '01 boarded a plane to Toulouse, France, at the start of her junior year, she envisioned a montage of iconic experiences to come: morning bicycle rides to the market for a fresh baguette, afternoons in an art museum, romantic evenings at a quaint café.

The Toulouse that awaited her delivered those postcard moments, but it also was a real city where people led everyday lives. And as she learned to adjust to the trials and delights of life on a foreign shore, Raynaud had classes to attend and other obligations to keep, just as at home.

That, she stresses, was a good thing.

"The fairy tale aspects of the culture are certainly part of the study-abroad experience, but they're not all of it," Raynaud asserts, speaking via Skype from her office in France, where she is administrative director of the Dickinson Center in Toulouse. "It was the everyday difficulties—figuring out that I was capable of living and functioning in a foreign setting, speaking a foreign language—that really shaped me and my career."

A native of Pittsburgh, Raynaud was an international-studies and French double-major with plans of entering the global business world when she embarked on that pivotal year abroad. She expected that it would take time to grow comfortable with the language, the city, the French educational system and her home life with a local family. But the subtle differences between the French and American cultures took her by surprise.

Should she kiss or shake hands with acquaintances on meeting them? What does it mean when a compliment is rejected? And what's the big deal about saying "bonjour?"

"Students who study in a location like Yaoundé [Cameroon] or Nagoya [Japan] are prepared for culture shock, but students who study in France don't expect it, because the people in France basically live and dress and eat as they do," Raynaud explains. "The changes are more subtle, and it can be hard for students to navigate them."

But she learned and adapted. That spring she completed an internship at the town hall in a Toulouse suburb, and by the end of the year, Raynaud had not only fallen in love with Toulouse, but with one of its native sons, as well.

Back on campus for her senior year, Raynaud took a work-study position helping to recruit students for the Toulouse program. After graduation, she took an internship in Toulouse while earning a master's degree in geopolitics and international relations at the Institut d'Etudes Politiques. Three years later, she was named program coordinator at the Dickinson Center.

Along the way, Raynaud married her junior-year love, Thierry, and they had a son, Jack, now 2 1/2.  She also was named to a committee that reported to the Toulouse mayor's office on issues facing the city's non-natives, and when the opportunity arrived to accept her current position at the Dickinson Center, Raynaud leapt at the chance.

"I really didn't think, when I was a student, that I'd be back in [the Dickinson Center] after graduation, but this is very fulfilling work," she says. "We're dealing with human beings, with their hosts, with their whole intercultural experience."

It's a plum job for an American in Toulouse, and for one with Raynaud's resourcefulness and distaste for routine, it seems tailor-made. One day, she might take students on a cultural excursion, lead a workshop or offer a quick French-etiquette tutorial. On another, she might sort out Visa issues with the American consulate, find someone to fix a sudden leak in the roof of the Dickinson Center's historic 19th-century villa or connect students with volunteer opportunities in the Toulouse community.

Accompanying, but not driving

In October Raynaud was recognized for her multifaceted skill set when she was appointed treasurer of the Association of American Universities in France, a group that federates all of the country's American study-abroad centers, so administrators can pool resources. The post allows her to help streamline interactions with government agencies, tap and contribute to the collective knowledge of her profession and help enrich the study-abroad experiences of Americans all across France.

But when it comes to the most delicate aspect of her work—helping students meet the many cultural and social challenges all new residents face—Raynaud relies on her own experiences and emotional intelligence to guide her.

In such matters, she and Dickinson Center Director Sylvie Toux naturally ensure that their students are informed and well supported, but they are careful to avoid overreaching. It may be faster and easier for Dickinson Center staff to take care of all small matters directly, but that would undermine one of the program's key aims.

"It's a fine line to walk, because we're there for them, and we give them all the support they need, but we also want to help them develop into responsible, professional young adults," Raynaud explains. "As 20-to-22-year-olds, they need to learn how to get things done. They also need to be able to think responsibly about what they're doing and the implications that their actions have on other people—whether in their own culture or their foreign culture."

Raynaud has seen the fruits of these life lessons many times over. Approximately 20 percent of the program's participants return to Toulouse after graduating from Dickinson to participate in a French-government-funded program working as teaching assistants in the French public schools. And while it's been more than a decade since she embarked on her own journey of discovery, these successes still strike a chord.

"Of course there are good days and bad days, and we do have to manage expectations," she says, recalling those wine-and-baguette dreams she harbored in her own pre-study-abroad days. "But to see the students' evolution throughout their own journeys—to watch them grow and become open to things that they weren't necessarily open to in the beginning—that's very gratifying for me."