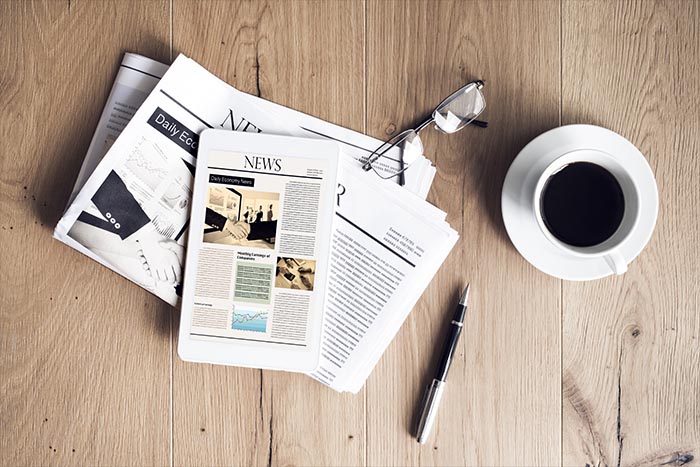 As legal issues took center stage this summer, President John E. Jones III ’77, P’11, was called on repeatedly to offer expert analysis and insight. In addition, faculty members were featured in Sports Illustrated, The New Yorker, The Philadelphia Inquirer and Inside Higher Ed, among other national and international outlets, for their scholarship.

Associate Professor of International Studies Shamma Alam’s research on the link between job losses and the health of young adults during the Great Recession received coverage from Phys.org, ScienMag and seven additional publications.

The podcast The Score welcomed Assistant Professor of Data Analytics Eren Bilen as a guest to discuss online cheating during COVID-19 and how higher education institutions might address academic integrity.

Beverley Eddy, professor emerita of German, was interviewed by Brian Young for his podcast C-SPAN Booknotes+ about her book Ritchie Boy Secrets, which explores Camp Ritchie, a secret military intelligence training center. Her work has been cited in recent issues of Sports Illustrated and The New Yorker, the latter referencing her biography, Felix Salten: Man of Many Faces.

Professor of Psychology Marie Helweg-Larsen was cited in a Glamour Germany article, “Forget Hygge! In Autumn 2022, Pyt Is the New Scandinavian Motto for Happiness and Contentment.”

Associate Professor of Art History Elizabeth Lee was a panelist discussing how tuberculosis has shaped history, art and architecture on NPR/Connecticut’s The Colin McEnroe Show.

Visiting Professor of International Security Studies Jeff McCausland wrote about possible ending scenarios for Russia’s war with Ukraine for NBC News THINK. McCausland also made more than a dozen appearances on CBS Eye on the World/The John Batchelor Show, where he discussed the Ukraine-Russia war and NATO’s response to the conflict. He also appeared on the Newsweek Leader Show on LinkedIn to discuss how the White House, Congress and NATO could potentially bring the war in Ukraine to an end. Additionally, McCausland wrote two pieces for RealClearDefense on NATO’s path ahead in the Ukraine-Russia war and the Biden administration’s diplomatic efforts in Saudi Arabia. He also appeared on the Leadership Beyond Borders podcast and on KMOX-AM & FM in St. Louis.

Adjunct Faculty in History Todd Mealy was interviewed on the Untold Legends podcast, which airs worldwide on the BBC World Service and on hundreds of NPR member stations across the United States. Mealy discussed Ora Washington, a Black tennis and basketball star.

Comments by Associate Professor of Political Science Sarah Niebler about Pennsylvania’s primary election and how donations for Democrats saw a boost following the overturning of Roe v. Wade were featured in The Philadelphia Inquirer and the Pittsburgh Post-Gazette.

Associate Professor of French & Francophone and Women’s, Gender & Sexuality Studies Mireille Rebeiz wrote a commentary for Inside Higher Ed about improvements in spousal accommodations policies. She also wrote about threats to freedom of speech in a piece for PennLive/The Patriot-News.

Swiss national newspaper Le Temps featured a story on the disinterment of Native American remains at the site of the former Carlisle Indian Industrial School. Charles A. Dana Professor of Sociology Susan Rose and the work of the Carlisle Indian School Digital Resource Center featured heavily in the report.

To commemorate the 100th anniversary of Kurt Vonnegut’s birth, Professor of Theatre Todd Wronski created a one-man theatrical performance about Vonnegut’s life and work, which he performed at the 2022 Edinburgh Festival Fringe, as well as on campus. Wronski’s performance was featured in a Daily Kos article, “Love Vonnegut? You’ll Thoroughly Enjoy Wronski!” After his performance in Scotland, Wronski attended a one-woman Edinburgh Fringe show created and performed by Kim Kalish ’06. Kalish’s work, The Funny Thing About Death, examined the process of grief she experienced after the death of her friend Patrick McMurphy ’07.

In an opinion piece for The Philadelphia Inquirer, President John E. Jones III ’77, P’11, called on Congress to pass legislation that would improve protection for judges and their families in the wake of inflammatory language and threats issued against the judge in the Mar-a-Lago FBI search. He also discussed the challenge of selecting a special master with the National Law Journal. Jones discussed judicial security with Law.com’s Bench Report and Law360. Jones was a guest on WITF-FM’s Smart Talk twice this summer to discuss judicial security and how the tenor of political discourse could spark violence. Jones wrote a commentary piece for Smerconish.com in which he argued the Supreme Court’s decision in Kennedy v. Bremerton School District would have considerable implications regarding the line between church and state. Jones also appeared on multiple TV stations statewide to discuss the leak of the Supreme Court’s draft opinion overturning Roe v. Wade. Later, he appeared again on the same stations to offer analysis after the Supreme Court’s decision was handed down. He was called on for everything from the Pennsylvania primary election to the FBI’s seizure of Congressman Scott Perry’s cellphone. Pieces featuring Jones aired statewide, and he appeared on the syndicated television program This Week in Pennsylvania, which is broadcast in Pennsylvania, Ohio and New York, four times this summer.