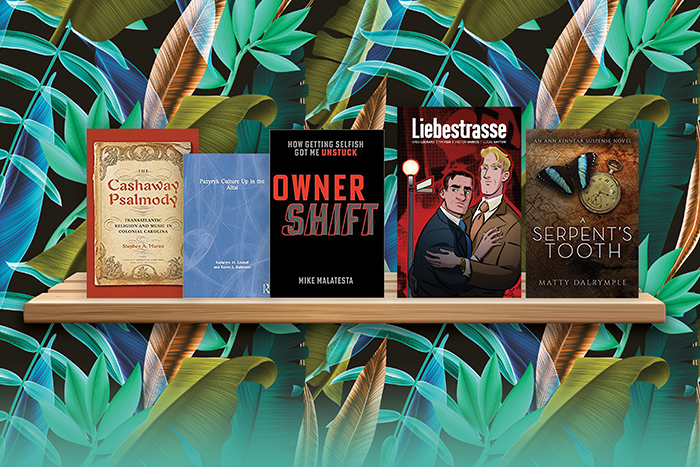 Pazyryk Culture Up in the Altai

Pazyryk Culture Up in the Altai reconsiders the archaeology of the Pazyryk, the horse-riding people of the Altai Mountains who lived in the fourth and third centuries BCE. In light of recent scientific studies and excavations, it shows that this was a powerful, semi-sedentary, interdependent group with contacts in Eurasia to their west and to their east in Mongolia and south in China.

The Cashaway Psalmody: Transatlantic Religion and Music in Colonial Carolina

Singing master Durham Hills created The Cashaway Psalmody to give as a wedding present in 1770. A collection of tenor melody parts for 152 tunes and 63 texts, it is the only surviving tune book from the colonial-era South and one of the oldest sacred music manuscripts from the Carolinas. Marini, a professor at Wellesley College and discoverer of The Cashaway Psalmody, offers the fascinating story of the tune book and its many meanings. This is his fifth book.

When a body is found at Lynch and Son Winery, no one suspects foul play. But then a second death occurs, and it seems that Ann Kinnear has stepped into the middle of a family feud turned fatal. Can Ann root out the evil, or will her plan to move into the winery’s guest house bear deadly fruit? This is Dalrymple’s fifth book in the Ann Kinnear suspense series.

Owner Shift: How Getting Selfish Got Me Unstuck

Malatesta is an entrepreneur and coach, and in his first book he shares the no-holds-barred story of his own journey through excitement, pain, grit and mistakes. The book offers a path and a plan for entrepreneurs to build confidence, take responsibility and attract new levels of success.

Lockard, a freelance comic book editor, makes his writing debut with artist/co-creator Tim Fish (Cavalcade of Boys). In this historical fiction graphic novel set during the final years of the Weimar Republic, Sam meets Philip in Berlin and they fall in love. Their romance is hit with an unspeakable reality as the Nazis come to power and fascism makes them a target for being queer. Liebestrasse was nominated as an “Outstanding Comic Book” for the 2020 GLAAD Media Awards and listed by The New York Times as one of 10 Comic Books to Celebrate Pride.