The Colors of Hope: Students Revamp Playroom for Homeless Children 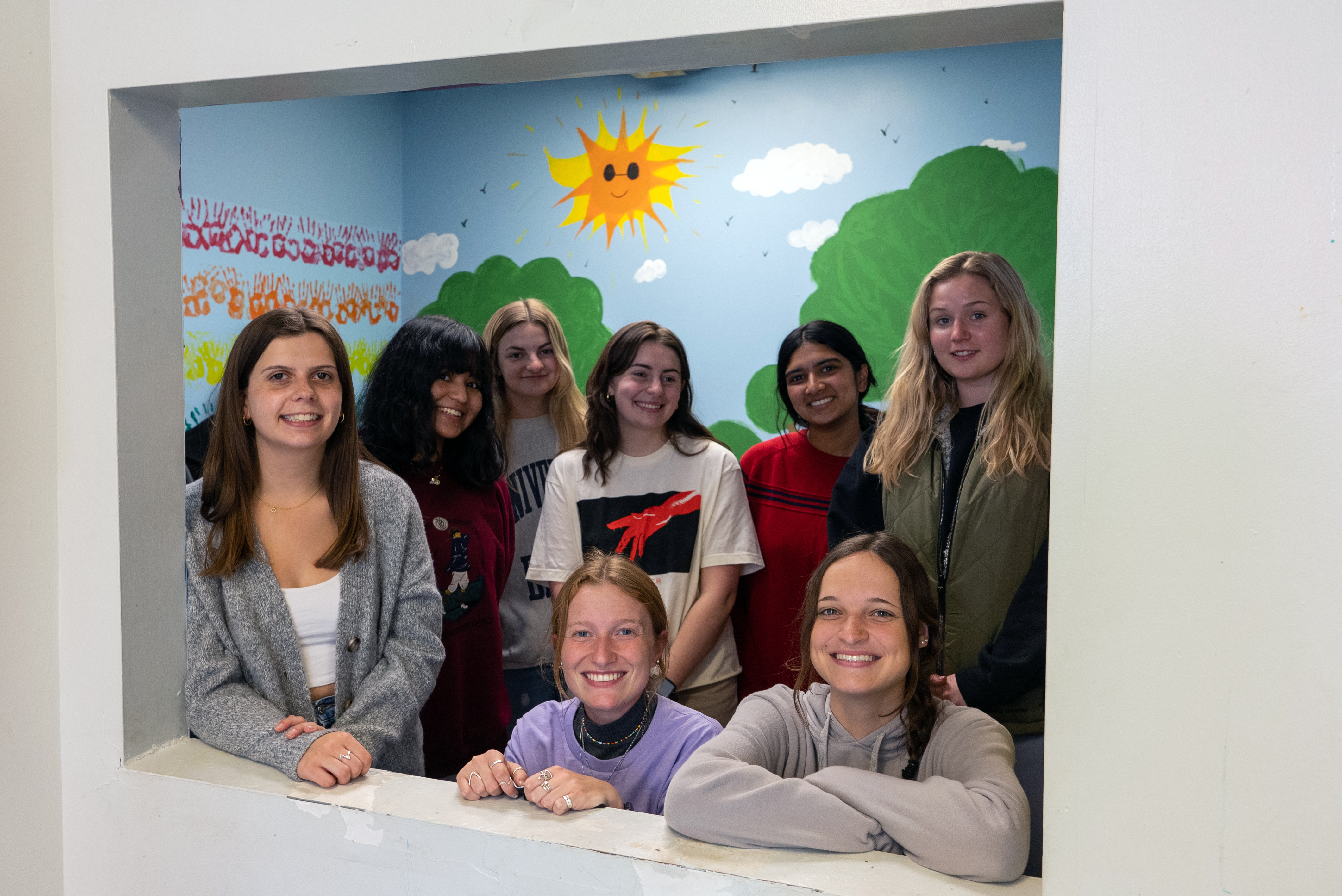 The Delta Room at Safe Harbor.

Families can lose their homes because of loss of income, death of a provider, national economic downturn, mental illness or addiction in the family. Which means that by the time they seek housing assistance, they’ve already experienced significant stressors and challenges. In addition to a safe place to stay, they also crave a sense of normalcy and an infusion of hope for a brighter future. That’s why the playroom at the Safe Harbour Family Emergency Shelter is so important. And it’s why a playroom-renovation project, led by Dickinson students, is poised to make a meaningful difference in the lives of local children who may need it most. 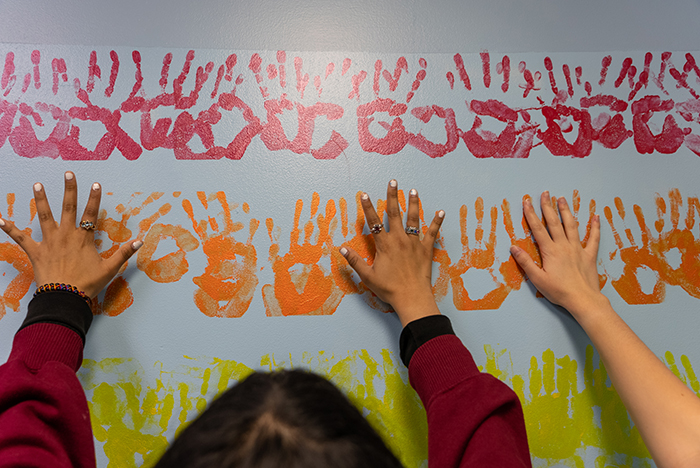 As they refreshed the playroom, the students took care to preserve the handprint rainbow, a favorite part of the original design, created by past Delta Nus. Photo by Dan Loh.

The playroom is one of five rooms in Safe Harbour’s Family Emergency Shelter, which houses families in need for 90 days or longer, allowing them time and space to settle the chaos that led them to lose, or be at imminent risk of losing, their homes. Last year, 100 individuals were housed there—a lower number than in previous years, because the pandemic, and ongoing scarcity of affordable housing in recent years necessitated longer-than-average stays.

The playroom had been painted years ago and stocked with donated toys. Through fundraisers, including a danceathon, Delta Nu members raised $5,906 this year to purchase new toys and create a small reserve for future toy replacement. The funds also furnished supplies for Delta Nu members to create self-designed, fanciful murals that encourage the kids to launch right into the important business of play. 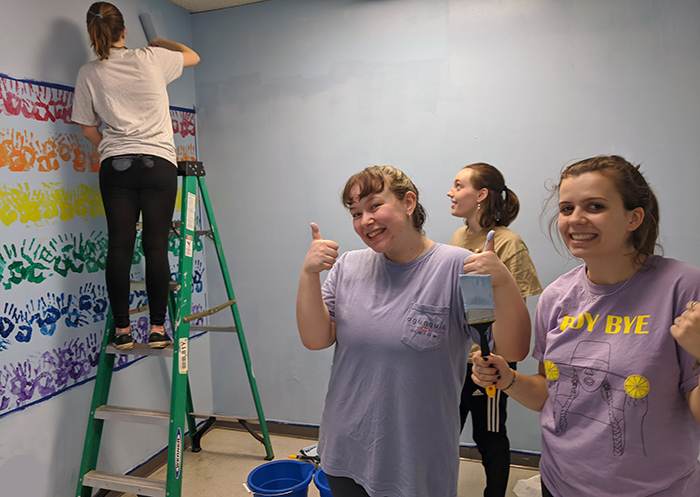 Dickinson students in Delta Nu began the playroom refresh by removing all items and repainting the walls.

As they painted the murals on the walls and door, the students were careful to preserve a handprint-rainbow painting, created by past members of Delta Nu during a prior refresh project—a favorite part of the room for the Safe Harbour staff. Then the students stocked the room with nonelectronic toys they’d hand-picked, with assistance from child-development experts, to encourage creative play. These include a rug imprinted with roads and a track; a magnetic board with letters, shapes and little magnetic animals; a kitchen set; and a grocery store set.

“I can't wait to see all of the children play with the new kitchen set and the new grocery store,” says Charlotte Butcher ’23 (educational studies, sociology), vice president of Delta Nu. “I think that the room looks much livelier, and I hope that the walls will encourage kids to use their imaginations and pretend that they are playing outside or under the sea.” 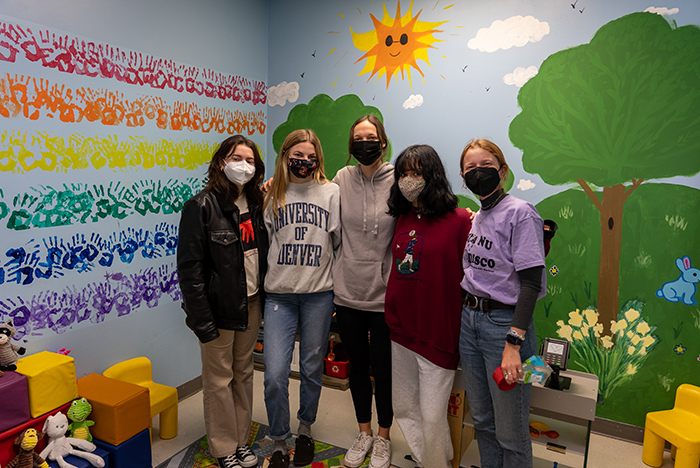 Delta Nus in the Delta Room at Safe Harbour.

The project represents a longstanding partnership between Delta Nu students and Safe Harbour, a not-for-profit organization providing emergency, temporary and long-term housing assistance to homeless persons in Cumberland County. According to Barrie Ann George, vice president of development and communications at Safe Harbour, Delta Nu has donated more than $20,000 over the years to Safe Harbour, as well as countless hours of time. Safe Harbour has dubbed the playroom the “Delta Room,” in honor of Delta Nu, which celebrated its 50th anniversary last year.

The room was formally dedicated to Delta Nu on April 28.

“I cannot thank Delta Nu enough for the past support, and I look forward to more fabulous projects like this in the future,” says George. “The students of Delta Nu don’t just donate—they invest in the futures of people they don’t know. How inspiring is that?”